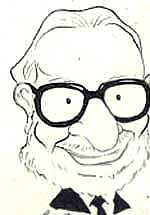 FOR NEARLY two decades, scientist bureaucrat M G K Menon has been envied and hated by jealous rivals for the favours he has enjoyed from successive Indian governments, whatever the ruling party. Following close association with Indira Gandhi as well as her son, Rajiv, during their premierships, Menon joined the Janata Dal government of 1989 as minister for science and technology and stayed with the party even when the government fell.

Last week Menon was imbroiled in a controversy after a leading newspaper in Delhi reported that he was about to quit the Janata Dal to become scientific adviser to Prime Minister Narasimha Rao, who ould also name him vice-president of the Council of Scientific and Industrial Research. But when contacted Menon hotly denied the newspaper report, saying that though he was ready to help the Prime Minister, "I am sufficiently well-placed in life and do not need either job". Nevertheless, he concedeed that though he broadly agreed with the philosophy of the Janata Dal, he had joined the party "only because I had been offered a ministership".