Contrary to the government's claims, British rivers are not safe. Many contain amazing concoctions of toxic compounds 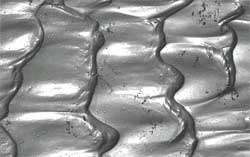 it is the same story everywhere: governments' incompetence is leading to serious risks to public health and the environment. Now, it is Britain's turn. Hundreds of toxic chemicals -- present at dangerous levels in British rivers -- are going undetected by the government's pollution inspectors because the monitoring techniques they use are ineffective. This is a key conclusion of a six-year, government-funded project called the Land Ocean Interaction Study (lois), set up to investigate British pollution of the North Sea ( The Science of Total Environment , Vol 210-211).

It identifies two major problems with the way the Environment Agency, the government's pollution watchdog, monitors poisons in rivers. First, the agency tests river water regularly -- but only for a few pollutants, such as some fertilisers and metals. "This gives a misleading picture," says Joy Rae of the University of Reading, one of the authors of the study. She says it would be better to do more measurements, including organic compounds, less frequently.

Secondly, inspectors rarely sample river sediments, even though many pollutants are seldom found in the water itself, evading detection since they are attached to the silt particles, either floating in the water or on the riverbed. And it is here, in the sediments, where researchers found that the concentrations of toxic chemicals exceeded those in water by several thousand times -- and often hundreds of times higher than concentrations known to have toxic effects.

"There are major problems out there that people have not even thought about, let alone investigated or acted on," says Rae. While Colin Neal of the Institute of Hydrology in Wallingford, uk , a coordinator of the lois , adds: "Many rivers, such as the Aire, Calder and Don in Yorkshire's industrial region, are the most amazing chemical soups. You wouldn't even believe what's in some of them."

Compounds that are usually found in the sediments include pesticides and organic industrial chemicals, some of whom mimic oestrogen. Michael Meacher, uk's environment minister, had recently announced a large-scale study into these "gender-bending" chemicals which, as recent reports revealed, could change the sex of fishes in these contaminated waters. Phthalates (a chemical that mimics oestrogen) added to plastic to make them more flexible were "detected in every sediment sample," according to a paper on organic compounds in the Humber river system by Juliet Long of the Institute of Freshwater Ecology in Warham, Dorset.

Pyrethroids insecticides can turn up in sediments at concentrations 10,000 times higher than those in river water. Pyrethroids are widely used in mothproof textiles, but in rivers these are "highly toxic to a wide range of species," says Long. "We looked at around 30 compounds, but we know that there are hundreds more, and many of them degrade into compounds that are even more toxic," warns Rae.

Pollutants in sediments pose a particular risk to organisms that live in the riverbeds. Neal warns that many toxic chemicals that concentrate in riverbeds are flushed into the river water during floods. This may explain why pesticides banned in Britain including ddt , lindane and dieldrin, still find their way into the river water samples.

A spokesperson for the Environmental Agency says, "We recognise that we need to modernise the kind of data we gather. But it will not happen overnight." And till then rivers in Britain will continue to flow, though there will be more pollutants in them than actual water.