Polar vortex may freeze parts of US again this winter 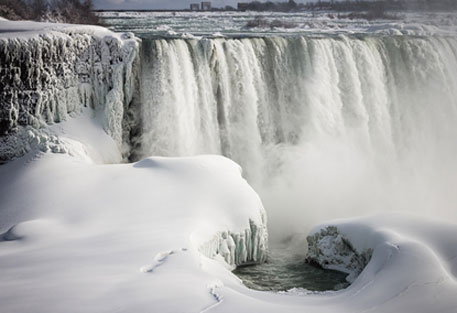 With temperatures dipping to less than -25°C and snowfall of more than two and a half feet, the winter of 2013-14 became the stuff of headlines earlier this year. Pictures of the Niagara Falls, frozen in motion, and a frozen Lake Michigan, vapour rising from the ice, brought the unbearable chill to our living rooms.

The polar vortex, a large expanse of swirling cold air that encircles the North Pole, was identified as the culprit behind this persistently harsh winter. Every year, this pocket of cold air breaks and directs blasts of cold Arctic air to Canada, the US and northern parts of Europe and Asia.

In 2013, however, the vortex moved further southward, bringing a much colder winter to larger parts of northeast US and Canada and caused frequent powerful storms in the UK and northwest Europe.

Cold air and high snow amounts will define the season, according to the winter outlook released by the agency on October 20. The polar vortex will slip down into the region from time to time, delivering blasts of Arctic air.

To everyone’s relief, the big dips in temperature are not expected to be as stubborn as last season.

"I think, primarily, we'll see that happening in mid-January into February but again, it's not going to be the same type of situation as we saw last year, not as persistent," Paul Pastelok, AccuWeather.com’s expert long-range forecaster, said.

Even though the winter will not be prolonged till the months of spring, AccuWeather forecasts that the winter will be a degree colder on the three month average from December to February. “March may turn around as far as temperatures are concerned this coming year, but a setback is possible in April which can be cooler. January still looks like the top month for storms with the coldest period likely from mid-January through February,” he said in an interview to Washington Post.

Compare this to the winter outlook released by the US National Oceanic and Atmospheric Administration (NOAA), the country’s federal weather forecaster.
''A repeat of last winter is not particularly likely,'' Mike Halpert, acting director of NOAA's Climate Prediction Center in College Park, Maryland, told the Associated Press (AP). While temperatures will be low, as is normal for much of the country, they won’t be as persistent. 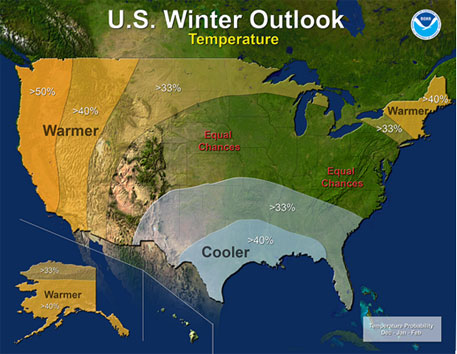 Instead, the El Niño, a warming of the tropical Pacific, will make last year’s extreme weather less likely, said Halpert.

The Weather Channel, another weather forecasting company, expects a weak to moderate El Niño to emerge over the winter months and potentially persist into the spring. Compared to last year, it forecasts colder weather for the East Coast and Gulf Coast of the United States.

It is also keeping a close watch over the early buildup of snow cover across Eurasia, especially southern Siberia. According to the winter outlook released by the agency, recent research has shown a strong link between October snow cover in Siberia and breakdowns in the stratospheric polar vortex during the mid-winter months.

Authors of the research believe the early snow cover could strengthen the jet stream (What is jet stream?) and disrupt weather patterns around the northern hemisphere several months later.

California getting wetter to the north, drier to the south: Natural variability or climate change?