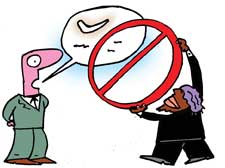 The government of Western Australia has launched a review of the language it uses when referring to aboriginal people. The state’s indigenous affairs minister Kim Hames has asked the Aboriginal Advisory Board to recommend the most appropriate collective term to use.

Dozens of aboriginal organizations have been asked to give feedback. Carol Martin, who represents the Kimber ley region in Parliament, says language does matter. “I don’t really like being called indigenous because it makes me feel like a plant or an animal species,” he said. “Most aboriginal people will have their own opinion and we do need to pick something.”

Like Martin, constitutional expert Lowitja O’Donoghue does not mind being called aboriginal, but objects to the use of the word indigenous to convey the same meaning. “I have an objection to it, and so do many other aboriginal and Torres Strait Islander people .... This (word) has just crept up on us like thieves in the night.”

O’ Donoghue said this does not weaken the abori - ginals’ solidarity with indigenous people around the world.