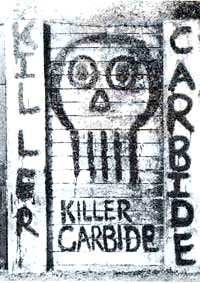 The polluter pays. This maxim seems to be ringing uncomfortably true for Exxon Corp and Union Carbide Corp whose image was further tarnished when they were listed among the 8 worst corporate polluters in the us by the New York-based Council on Economic Priorities. The conclusions of the council, which termed Exxon and Union Carbide as "2 companies responsible for brutal environmental disasters", followed a study of pollution and clean-up records of 100 companies in "environmentally risky" industries. Exxon got the flak for the Valdez oil spill and for health and safety violations at its Baton Rouge refinery, while Union Carbide made it to the list of ignominy for its "deplorable" record of chemical spills.