Polluting power plant back in operation

Delhi's Rajghat thermal power station, which was ordered closed for causing excessive pollution, has resumed functioning and has until March to clean up its act. 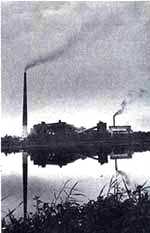 FIVE WEEKS after an order to shut down Delhi's Rajghat thermal power station (RTPS) for excessive pollution, it was back in operation again, belching smoke and discharging overheated water and effluents.

The polluting units of the power station were shut down on November 24 because they continually exceeded the Delhi Pollution Control Committee's (DPCC) environmental norms often by more than a hundred times.

The DPCC norms for suspended particulate matter is 150 milligrams per cubic metre (mg/cum). For many months prior to the shut-down, pollution control officials said, the plant never once operated within DPCC norms. Instead, excess pollution was always between 2,000 mg/cum and 20,000 mg/cum. The Rajghat plant was given until October 31, 1992, to lower its emission level to 900 mg/cum and to the national standard of 150 mg/cum by March 1993.

Bharat Heavy Electricals Ltd (BHEL) installed various pollution control systems in 1989, but before long the ESPs started malfunctioning because they could not handle the high volumes of ash from the burnt coal. BHEL disowned responsibility, contending the plant was manufactured by the Durgapur-based Burns Standard Ltd and the ESP failures were because of poor maintenance by the Delhi Electricity Supply Undertaking (DESU), which operates the RTPS.

But, Burns officials maintain they had designed the plant according to DESU's specifications and DESU officials not only deny their maintenance is faulty but describe the equipment supplied as being of poor quality. Nevertheless, BHEL has undertaken to make the necessary modifications that will cost about Rs 3 crore.

Solving the effluent problem, however, is another matter and pollution control authorities are doubtful if RTPS can reach their norms by the March 1993 deadline. In fact, a senior official of Central Pollution Control Board now questions the wisdom of locating RTPS so close to the metropolis.