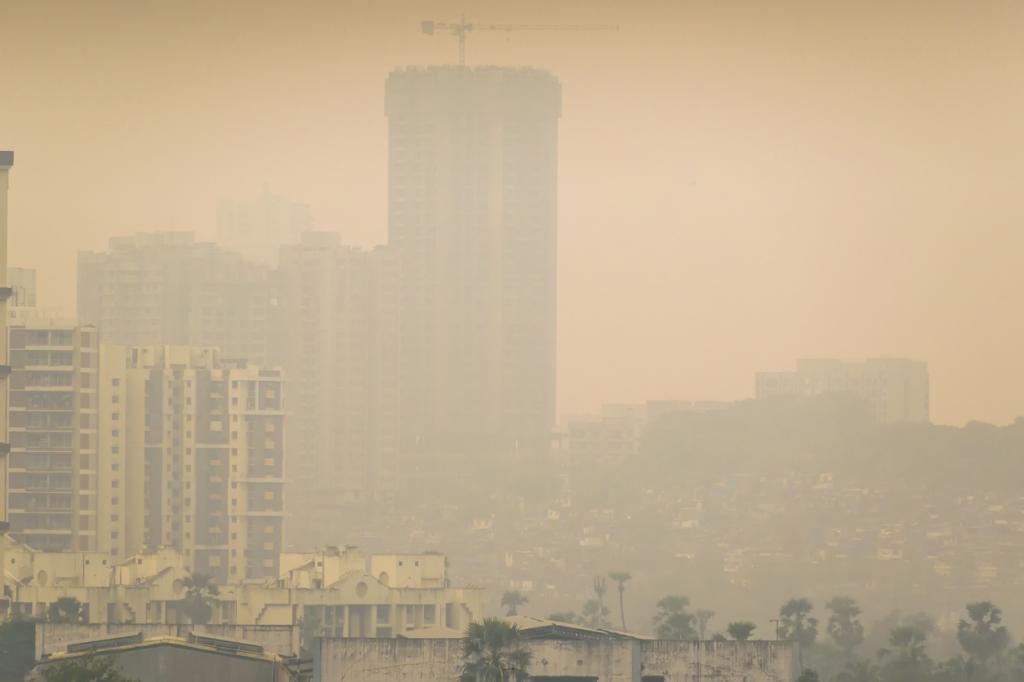 Data on industry emissions for Rajasthan and Chhatisgarh was not complete or easily accessible in the public domain, the Central Pollution Control Board (CPCB).

CPCB made this observation in a report submitted April 20, 2022 to the National Green Tribunal (NGT) in relation to the matter of Ramesh Agrawal versus Ministry of Environment, Forest and Climate Change and others.

Historical data was not available on the websites of Rajasthan state pollution control board (RSPCB) and the Chhattisgarh environment conservation board (CECB), CPCB found after a thorough review of the Continuous Emission Monitoring Systems (CEMS) data in public domain.

Links for some industries were not working on the CECB website, and available login credentials were also invalid, the pollution board noted in the report. Some of the industries whose webpage was opening, did not show real-time data. Similarly, CEMS data available on the RSPCB website was also not showing real-time data.

There was also no information available on closed industries. No reason was mentioned for why the website didn’t show CEMS data for industries that were operational, according to CPCB.

RPSCB informed CPCB March 11 that earlier real-time data was available on RSPCB Website. Now, they are making the website more user-friendly, and have been displaying unit-wise real-time and historical data on its website.

“What NGT has found is about availability of CEMS data in public domain but the bigger problem is quality of CEMS data which needs to be looked into,” Nivit Kumar Yadav, director, Centre for Science and Environment, New Delhi, said.

To improve the quality of CEMS data, there is a need for a CEMS certification system that assures data quality and makes use of the data for legal and compliance purposes, he added.

Madhya Pradesh has been displaying online CEMS data on their website with historical data for about 200 industries, according to the CPCB report.

CPCB issued directions to SPCBs and pollution control centres in 2014 to track release of pollutants through air emissions and effluent discharge under Section 18(1) b of the Water and Air Acts for directing the 17 categories of highly polluting industries, common effluent treatment plants (CETP) as well as common bio-medical waste and common hazardous waste incinerators to install online effluent quality and emission-monitoring  systems.

The Supreme Court of India on February 22, 2017 had directed all the state governments to make provision for an ‘online, real-time, continuous monitoring system’ to display emission levels in the public domain or on the portal of the SPCB. States were given six months (by August 2017) to comply.

Ramesh Agarwal filed a petition before the NGT’s central zonal bench, Bhopal in 2021 and highlighted the problems with industrial online continuous emission / effluent monitoring system data displayed by the states of Chhattisgarh, Rajasthan and Madhya Pradesh.

NGT ordered CPCB February 1, 2022 to properly monitor the CEMS and furnish the compiled report of latest status in the three states.

The Centre for Science and Environment (CSE), a Delhi-based non-profit, has conducted a study on transparency index rating of pollution control board on public disclosure in 2021. In this study, availability of CEMS data in the public domain, availability of historical data and ease of CEMS data accessibility on websites are one of the indicators against which pollution control boards were rated.

Rajasthan was one of the states which did not share CEMS data in the public domain. In this study, CSE has also highlighted that the Chhattisgarh website was not user-friendly, which means accessing the CEMS data on their website was challenging as it involved multiple complex steps. User id and password, for example, was necessary for accessing any industry CEMS data.

Every industry had different user id and password and most of them were invalid. Some industries used software that asked for the user’s email to send a one-time password to view CEMS data, but no OTP was received by the user and CEMS data for most of the industries remained inaccessible.

In this report we have highlighted that many industries are not showing CEMS data, and are showing status offline, there is no reason mentioned why these industries are in offline mode. The reason should be mentioned in case of offline industries like shutdown or server or network issues.