Conducting polymers are modifying items of everyday use

By A K Bakhshi, Vinita Kapoor 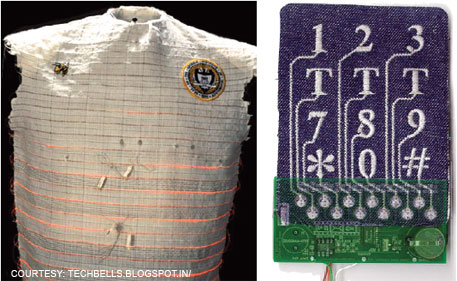 WHETHER IT’S the LED in your house or the battery in your car, conducting polymers are the driving force behind them. Traditionally, polymers were believed to be insulators, and hence widely used for electrical insulation. But a few decades ago it was found that they can be turned into conductors through simple modification. The polymer is modified in such a way that it has free electrons. This is achieved through a process called doping where the material is either reduced or oxidised using chemicals. The materials so produced are versatile and combine conducting ability of metals with the properties of polymers, like resistance to corrosion, greater durability and lightweight.

Since then researchers have been trying to modify polymers to meet specific needs. Recently researchers at the Université Paris Diderot in France made a material from poly (3,4-ethylenedioxythiophene) or PEDOT, a highly stable polymer, and poly (1,5 – diaminoanthraquinone). The material is the first member of a new class of conducting materials with a negative charge storage ability and high stability. The study was published in Electrochemistry Communications in March 2012. A team led by B D Malhotra from National Physical Laboratory in Delhi has developed nanocomposite films of polyaniline and cadmium sulphide quantum dots on indium tin oxide coated glass plates. The study published in the December 16, 2011 issue of Biosensors and Bioelectronics says the film has improved response and electrochemical stability and can be used as a biosensor.

The first major breakthrough in the field of conducting polymers was made in 1977. Three scientists showed that polyacetylene, an intrinsically insulating polymer, could become highly conducting on treatment with oxidising materials like iodine and bromine or reducing agents like lithium and sodium and behaved like classical semiconductors such as silicon. The discovery was given recognition with a Nobel Prize in Chemistry in 2000. But real progress was made in 1980, when poly (p- phenylene) was doped to a conductivity level comparable with that of polyacetylene. The discovery paved the way for many new conducting polymers like poly (p–phenylene sulphide), polypyrrole, polythiophene and their derivatives.

The market for conducting polymers has been growing. Their requirement is projected to reach 240,500 tonnes in the US by 2015 as per a report by a market research company in Canada. Such materials find use in our day-to-day life. Batteries are the most promising applications of the polymers. They can be used both as positive and negative electrodes in the same battery. A polyacetylene battery when compared to a lead acid battery is not only lighter in weight but also has higher energy and power density. The electrodes of these batteries have longer shelf-life.

The polymers also find use in medicine as these are organic in nature and hence bio compatible. They have the ability to efficiently transfer the electric charge produced during the biochemical reactions. This property of conducting polymers is used in biosensor applications like cholesterol biosensing. They are also used in implants.

A brain implant coated with nanotubes made of PEDOT record neural signals better than conventional metal electrodes. The implant also does not induce inflammation as seen in conventional implants. The conducting polymer is also used in artificial nerves and muscles. Such application employs the ability of the polymer to change in volume when electric charge is used. This creates a mechanical force and works as an artificial muscle.

When incorporated into computer casing, the polymers can block electromagnetic interference even in the megahertz range and improve performance. Smart shirts can monitor the physiological status of a patient like heart rate, respiration and body temperature. These shirts commonly find use in military and sports.