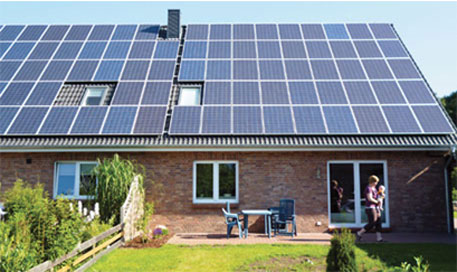 The European Union (EU) could have saved $100 billion if each country in the bloc had invested in the most efficient way to generate renewable energy. This is an assessment presented in the World Economic Forum's "Future of Electricity" report, which was released at the World Economic Forum annual meeting being held at Davos-Klosters, Switzerland.

Southern Europe has the maximum share of solar irradiation while northern Europe has wind. But the EU’s investment in renewables hasn’t taken this in view while investing in renewable energy technology.  For example, Spain has about 65 per cent more solar irradiation than Germany (1,750 kWh/m2 in Spain as compared to 1,050 kWh/m2 in Germany), but it has installed 600 per cent more solar photovoltaic capacity than Spain (33 gigawatt or GW in Germany as compared to 5 GW in Spain). Similarly, Spain also made a poor choice. It has low wind resource as compared to countries in northern EU, but it still went ahead and installed 23 GW of wind power capacity.

The report also adds that an additional $40 billion could have been saved by better cross border coordination between the EU countries by optimum deployment of renewable resources with adequate infrastructure for transmission of electricity.

The report finds that electricity sector is facing increased uncertainties and declining returns for utilities as the energy economy makes transition to low carbon system. The report states that overinvestment in renewables has led to overcapacity being created, which has contributed to declining returns of conventional power generators.

Over the past five years in the EU, 130 GW of renewable capacity and 78 GW of conventional generation have been added to the system while only 44 GW of conventional generation has been retired. In the EU, demand for electricity has flattened to 0 per cent in 2007-2012, compared to a growth rate of 2.7 per cent annually since the 1970s. In the US, demand has declined at a rate of 0.5 per cent in the 2007-2012 period compared to a growth rate of 2.8 per cent annually over the previous 30 years.  Thus, in the EU, returns on investment in the electricity sector have fallen 4.8 percentage points from 2006 to 2013. In the US, returns have also fallen about 1.3 percentage points from 2006 to 2013 due to flattening demand.

The report states that although renewable generation will expand rapidly, thermal generation plants will continue to be the key source of back-up capacity for intermittent renewables during the next decade until energy storage solutions become competitive with a peaking thermal plant. The report calls for transforming the electricity sector to a more sustainable, affordable and reliable system. 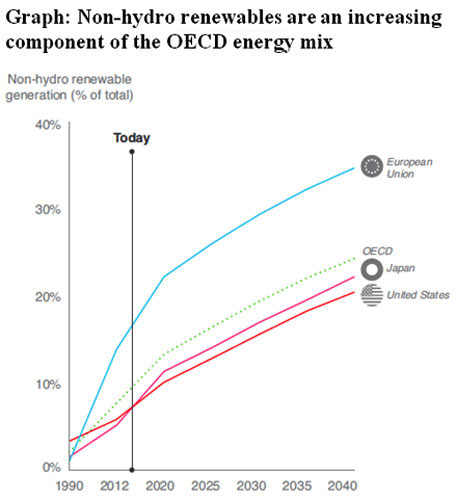 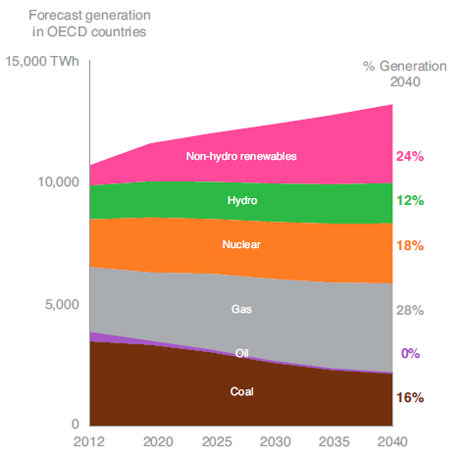 Trends and projections in Europe 2014: tracking progress towards Europe's climate and energy targets for 2020