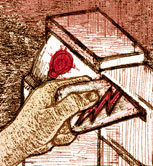 insert a card and get electricity. This is the new mantra of the West Bengal Renewable Energy Development Agency (wbreda). Known for its innovative methods of promoting renewable energy, the agency has come up with yet another unique way to provide power to the Maushuni islands in the Sunderbans.

The new system will be applicable at the 100 kilowatts (kw) solar power plant -- the largest in the country -- which will provide electricity and drinking water to 700 households. The plant will be commissioned by December 2002.

Unlike the earlier system wherein consumers paid a fixed monthly tariff ranging from Rs 70 to Rs 120 for power, under the new system the fee will be based on the amount of electricity consumed through prepaid cards. An amount of Rs 1,500 needs to be deposited initially. S P Gon Chaudhuri, director, wbreda, says : "This system is a step forward because consumers can buy a prepaid card worth Rs 150, which will be energised only when power is consumed." The new system is particularly beneficial for commercial enterprises as they can buy cards commensurate with their electricity demand.

Currently, out of 5,000 households in Maushuni, around 300 have access to electricity generated by the existing 55 kw solar plant. In the Sunderbans alone there are nine existing solar power plants of approximately 25 kw each, which provide electricity to more than 1,000 households.

The local communities run the show -- from operation and maintenance to collection of monthly fees from consumers. The total investment for the project is Rs 3.4 crore out of which the Union ministry of non-conventional energy sources will contribute 50 per cent and the West Bengal government 30 per cent. The rest will be given by cpi (m) member of parliament, Dipankar Mukherjee from his local area development fund.