'Preserving plant fossil is as important as protecting cultural heritage'

Palaeobotany, often dubbed as a soft science, is the branch of palaeontology that deals with the recovery and identification of plant remains from geological time periods. It is one of the streams of science that receives little attention in India. Mukund Sharma, senior scientist at the Birbal Sahni Institute of Palaeobotany speaks to Dinsa Sachan at Lucknow on the need to preserve India's plant fossils 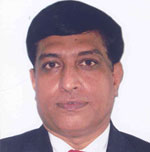 On the biggest challenge facing palaeobotany in India

It is lack of a legislation to conserve fossils. Hence, we are not able to preserve geological and palaeontological heritage of India. Look at China and the US. If a site is declared a natural fossil park in these two countries, you cannot carry out any excavation there without the approval of the government. We need to safeguard our palaeobotanical heritage, just like we do our archaeological heritage.

On what needs to be done to change the situation

First, we need a legislation to ensure that fossils are protected. I sent a letter to the Indian Geological Congress to push for a legislation to protect geological heritage in India. I am yet to receive a response.

On his institute's plans

The geochronology—the science of determining the age of rocks, fossils, and sediments—laboratory will be upgraded. A palaeoclimate lab will be established at the institute. There are plans for an astrobiology laboratory under the 12th plan. We are going to be developing models for a mega project on palaeoclimate sanctioned by the Indian government. We are now using some of the latest techniques, such as clamp analysis, for our research. Our research regularly gets published in niche journals like Paleaology and Review of Palaeobotany and Palynology.

You cannot ignore that top journals can be biased at times. Elsevier, which is a prominent scientific publisher, came out with Elsevier Asia sometime back to publish research published in Asia. Their editorial board comprised completely of Americans and Europeans initially. I strongly spoke against them. Now they have included a few Asians, but there are still no Indians on the list. It is ridiculous if there is no representation from the region the journal covers.