At a glittering ceremony on August 27, Prime Minister Manmohan Singh gave away the annual trophy for the best integrated steel plant to SAIL's flagship company, Bhilai Steel Plant, in Chhattisgarh for the year 2009-10. Tata Steel Jamshedpur plant in Jharkhand had won the award the previous year. The awards were given in recognition of efforts to achieve "international standards of efficiency, quality and economy". But do these plants really make the cut? A recent study by Delhi non-profit Centre for Science and Environment (CSE) showed these plants performed poorly on the environmental front over several years, implying the awards ignored efficiency and green concerns. The awards also raise questions about the procedural rigour used for deciding on the winner.

The awards were introduced in 1992 to bring in a sense of competition among steel plants, says the Union Ministry of Steel’s website. A cash prize of Rs 2 crore is given to the recipient of the trophy. The winner is selected every year by a panel of judges based on the total performance on objective and enabling parameters, customer satisfaction and observations during plant visits.

News reports say three rounds of assessment were undertaken by a panel of judges on the basis of various evaluation criteria, including environmental parameters. The environmental criteria included “housekeeping, environment management and afforestation, efforts made towards conservation of water, safety and efforts to achieve international efficiency”. The other parameters were: peripheral and ancillary development, safety, equipment health, corporate governance, quality and economics, process responsible for marketing and customer satisfaction, efforts to remove gender bias, empowerment of women, disabled and weaker sections of society and corporate social responsibility.

CSE’s Green Rating Project (GRP) survey, however, found that these two plants were highly non-compliant when it came to various environmental norms.

Inspection reports for the period 2007-2010 of the Chhattisgarh Environment Conservation Board (CECB) for the SAIL Bhilai plant repeatedly note the alarming emission levels from the sinter plants used for iron ore preparation, power plants, coke ovens (for making coke from coal), steel melting shops (for making steel) and other stacks across the plant (see 'Bhilai Steel Plant's pollution record').  The board also took cognizance of local media articles on pollution problem. 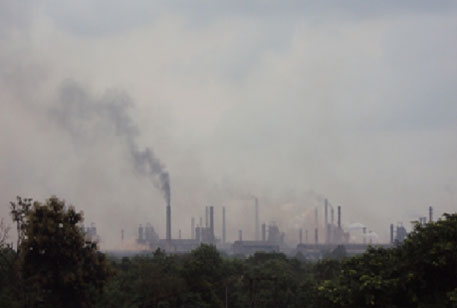 On the other hand, JSW Steel states 1.33 MTPA crude steel per converter for the same 130 tonnes heat LD converter size in its SMS 1 unit in its Vijaynagar plant. It implies that SAIL Bhilai is grossly understating its capacity for LD converters. But the plant continues to claim SMS capacity utilisation rates of 120-130 per cent in recent years, as given in the annual reports of the Union Ministry of Steel.

To top it all, SAIL Bhilai, in a statement declared “unparalleled distinction of being the only steel plant in the country, public or private, to have been honored with the prestigious PM’s trophy 10 out of the 17 times it has been awarded since it was instituted.”

The Tata Steel plant at Jamshedpur, too, has received many directions and show cause notices from the Jharkhand State Pollution Control Board and the Central Pollution Control Board for heavy emissions observed from its coke batteries and sinter plants and for non-compliance with consent conditions for air and water emissions and wastewater discharge. People living around the plant have complained of numerous pollution problems.  Further, the unsystematic solid waste disposal of steel slag is also a major concern as it is dumped outside on the banks of the rivers Subarnarekha and Kharkhai.

But at the time it received the prime minister's trophy, Tata Steel had claimed that it had improved its performance “by bettering financial performance and making significant improvements in all areas of operations, such as production of hot metal and crude steel, quality assurance and customer satisfaction”. 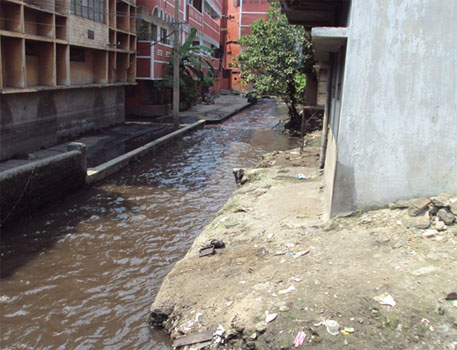 A reality check of these two plants show they are anything but world class when one evaluates their environmental sustainability practices. “Given these facts and revelations from our project, there is an urgent need for a review of the assessment process of selecting the 'best integrated steel plant' for PM’s trophy”, says Umashankar S, senior programme manager of Green Rating Project, CSE. Concerns of state pollution control boards should be taken into account. Furthermore, local community perception and safety practices and record should be given higher weightage while evaluating the steel plants, he adds.