Procurement prices low in Maharashtra since 1996; farmers bear the brunt 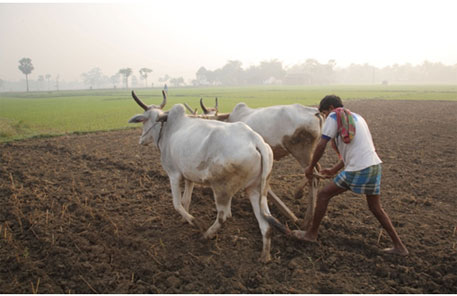 Sunflower, wheat and sorghum farmers in Maharashtra are able to recover only 45 to 70 per cent of their cost of production via the government’s minimum support price (MSP), says a study by the state’s Mahatma Phule Agriculture University, Rahuri.

Figures in the report show that the MSP declared by the Central government has been significantly lower than the cost of production in Maharashtra for around two decades. It says this MSP has consistently fallen short of the recommendations made by the state’s Agriculture Produce Pricing Committee.

The study found that between 1996 and 2013, the cost of production of crops like sunflower, green gram, wheat and sorghum in Maharashtra was 35 to 55 per cent higher than the MSP declared by the Centre.

D B Yadav, head of the Agricultural Economics Department of the university and lead author of the report, says that studies on individual crops (see table below) have shown that recovery of cost through MSP is very poor. Sunflower and safflower farmers have been recovering just 50 to 75 per cent of costs through MSP. While farmers cultivating pearl millet recovered 83 per cent of their cost in the year 2008-09, returns are as low as 47 to 68 per cent in most years. Crops like cotton, soybean, paddy, groundnut, pigeon pea and chickpea have not recovered more than 45 to 72 per cent of production cost through MSP.

Rise in MSP vs. Rise in cost of production


Decision on MSP based on lowest cost
Yadav says recommendations for MSP are made based on crop-cutting reports at the state level. Discrepancy arises when the Centre declares a uniform MSP across the country. “As many as 17 states send their recommendations to the Commission for Agricultural Costs and Prices,” he explains. “Even if the cost of production is different in different states owing to local conditions, the commission’s decision is often based on the lowest of all prices quoted.” This, he says, makes things worse for farmers in states like Maharashtra where the cost of production is high.

For many years, farmers have been attempting to draw the government’s attention to low MSP as the crucial reason behind the crisis in the farm economy. The data in this report presents consolidated evidence to support the farmers’ claims.