The insurance cover is provided against earthquakes, tsunamis, and risk of tropical cyclones 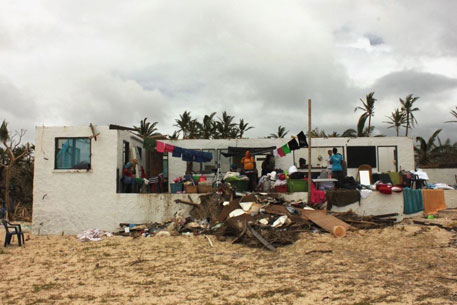 Insurance cover for the Pacific island nations of Samoa, Tonga, Cook Islands, Vanuatu and the Marshall Islands was renewed a third time on November 1, 2014.

The Pacific Catastrophe Risk Insurance Pilot (PCRIP) is meant to reduce the financial vulnerability of small island nations to natural disasters. It is a collaborative effort of the government of Japan, the World Bank, the Global Facility for Disaster Reduction and Recovery (GFDRR), and the Secretariat of the Pacific Community (SPC).
Launched in January 2013, the third season of the pilot will run till October 31, 2015.

The programme helped Tonga with a payout of $1.27 million two weeks after Cyclone Ian swept across the nation’s Ha’apai Island group, displacing thousands and destroying crops and infrastructure.

“Thanks to this initiative, Tonga is now on its way to recover without interruption, ensuring people can return to their everyday lives quickly,” said Aisake Valu Eke, minister of finance for Tonga, according to a World Bank press release.

As in the previous seasons, the World Bank will act as an intermediary between Pacific island countries and a group of reinsurance companies, which were selected through a competitive bidding process.