Protector of the Taj 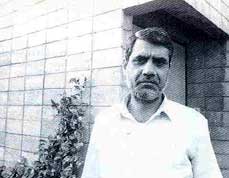 Nearly a decade after N C Mehta filed a public interest petition for the closure of industrial units in Agra, whose atmospheric pollutants he alleged were damaging the Taj Mahal, the Supreme Court (SC) has ruled in his favour. This is Mehta's second victory in less than six months -- he had earlier successfully petitioned the SC for a ban on industries in Bihar and West Bengal whose effluents were polluting the Ganga (Down To Earth, June 15, 1993).

In the Taj Mahal case, Mehta, himself a SC lawyer, had expressed his fear that the mausoleum's white marble "would turn black" because of emissions from industrial units around the Taj Mahal, which included iron foundries, lime kilns and glassworks. He pointed out that over 200 such units had not installed pollution-control devices despite repeated reminders by the Uttar Pradesh Pollution Control Board. On August 26, the SC ruled that "unless these industries installed pollution-control devices to the satisfaction of the Uttar Pradesh Pollution Control Board", they would not be allowed to reopen.

Mehta sees the ruling as "a victory for all environmentalists", but feels it is not enough for the effective conservation of the Taj Mahal. He now intends to petition the SC to create a corridor around the monument within which all diesel- and petrol-driven vehicles would be banned.