Scientists have made a significant breakthrough in treating this old-age disease, with the discovery that abnormal production of proteins, called amyloids, causes nerve cell degeneration. 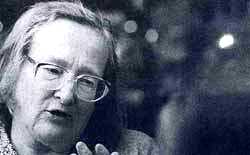 WHEN HARVARD researchers Bruce Yankner and Neil Kowall discovered in 1991 that amyloids -- small proteins -- injected into the brain of rats could destroy nerve cells in the same manner as observed in Alzheimer's patients, there was much excitement. Alzheimer's disease is the fourth largest killer in the developed world -- while USA spends $80 million every year to care for an estimated 4 million victims, UK has some 500,000 people afflicted by the disease, and the numbers are increasing steadily. The Harvard discovery not only clarified the role of amyloids in the progress of the disease, but also provided a long-sought animal model for screening new Alzheimer's drugs.

There is no cure as yet for Alzheimer's disease, which causes progressive dementia in people over 65 years. The accumulation of aluminium and amyloids has been variously blamed for causing this poorly understood degenerative disease. But while the aluminium theory has been refuted, it is only now, after considerable research, that scientists have found that amyloids build up in the brain as a result of a variety of environmental factors in conjunction with genetic or chromosomal defects, and damages the brain cells.

In the late 1980s, aluminium poisoning of brain tissue, repeatedly observed as an accumulation of aluminium in senile plaques -- a characteristic feature of the disease -- was linked to Alzheimer's disease. But recently, researchers Judith Landsberg, Frank Watt and their colleagues at the University of Oxford showed, using a sophisticated scanning microscope to analyse untreated tissue, that senile plaques do not contain significant amounts of aluminium. However, many other researchers are still not convinced because high levels of aluminium have been found also in the neurofibrillary tangles, another characteristic feature of Alzheimer's, and these have not been analysed by the Oxford team.

The current controversy centres around whether amyloids are a cause or consequence of Alzheimer's disease. Despite amyloid injections causing nerve cell degeneration in rat brains, scientists have been unable to reproduce the results in other laboratory animals. However, experiments in growing neurons in lab cultures have shown amyloids to be toxic. The amyloid question, according to leading Alzheimer's expert Dennis Selkoe of the Harvard Medical School, is one of the "thorniest issues in Alzheimer's pathology".

Though the genetic links of Alzheimer's disease were known, researchers got a rude jolt when they realised that the disease was genetically heterogeneous -- caused by two or more genes located on different chromosomes. Scientists have recently located genes on chromosomes 21 and 14, which could be responsible. The chromosome 14 gene is believed to be responsible for a genetic defect that causes an inherited form of Alzheimer's disease, which develops early, at about 45 years of age.


The strongest evidence that amyloid is the cause rather than a consequence of Alzheimer's disease comes from recent observations, reported in the New Scientist (Vol 136, No 1852/1853), that a Swedish family, which passes the disorder from one generation to the next, carries a mutation in the gene on chromosome 21 that codes for the amyloid precursor protein.

Recently, two teams of researchers, one led by Selkoe and the other by Ivan Leiberburg of San Francisco-based Athena Neurosciences, transferred the gene for the amyloid precursor protein into human cells. These cultures produced between six and eight time as much amyloid as normal cells.

Researchers at the Massachusetts Institute of Technology in Boston have found evidence that certain compounds produced in the brain can regulate the release of amyloids. Stimulating certain receptors for the neurotransmitter, acetylcholine, can increase a cell's secretion of the harmless amyloid precursor protein, at the expense of amyloid production. Scientists have found that Alzheimer's disease damages the cells that release acetylcholine, as a result of which more amyloid is released.

Despite the substantial efforts to understand the biochemical basis of Alzheimer's disease, tests to diagnose the disease and treatment for it are still few. Leiberburg hopes doctors will be able to use amyloid levels in the body to monitor progress of the disease or even as an indicator, in much the same manner as blood cholesterol levels are used as indicators of coronary disease.