Two months after construction work started on the lower Suktel dam project in Bolangir district of Odisha, villagers are continuing with their decade old agitation against it. For the past five days, people from 29 villages that will be submerged by the dam have been organising foot marches in the area, sensitising people about the impact of the project. The construction work stopped two days ago. 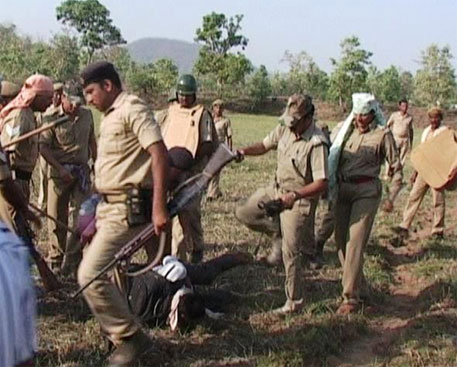 “We want smaller structures that will not displace people and at the same time fulfill our irrigation needs. We do not trust the government—the water will go to the thermal power plants and for bauxite mines in future,” says Satya Banchor, secretary of the local resistance group Lower Suktel Budi Anchal Sangram Samiti.

“The state government is offering compensation between Rs 30,000 to Rs 45,000 per acre (one acre equals 0.4 ha)—a meagre amount which will not allow us to purchase land elsewhere. Rich businessmen, lawyers and politicians from Bolangir town purchased land near the dam site long back. Now, they want the project to come up,” informs Banchor.

On 29 April this year, the police and district administration cracked down on a peaceful demonstration on the bed of Suktel river. Women were dragged by their hair and lathi-charged; a video journalist, Amitabh Patra, was beaten up as he was filming the police excesses. Sixteen protestors were arrested and sent to jail.

“The dam will submerge villages that are self-reliant and have fertile agricultural land. Of the Rs 300 crore spent on rehabilitation and land acquisition, the Comptroller and Auditor General’s report flagged siphoning and corruption of Rs 64 crore,” says Patra. 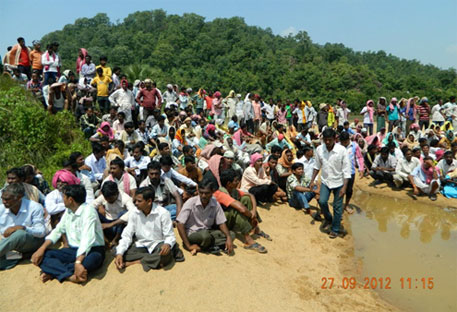 The lower Suktel area is known as the vegetable garden of Odisha. The river Suktel emerges from the mythical Gandhamardhan hills that has a rich deposit of bauxite—a 1980 estimate by Mineral Exploration Corporation Limited  pegs it at 104.8 million tonnes.

The survey for the Lower Suktel Major Irrgation Project was done way back in 1979. Soon after, BALCO was given permission to mine Gandamardhan. Around 1986  people drove the mining company out and the government scrapped all its plans.

Now, villagers in the project area fear the dam will serve water intensive aluminium production and coal-fired thermal power plants. Mining giants like Vedanta and NALCO have proposed to mine the hills while construction of power plants are on in neighbouring areas.

In 2001, the chief minister of Odisha, Naveen Pattnaik, could not reach the project site because of protests and had to leave after laying the foundation stone near the helipad. “The project is prima-facie unjustifiable on grounds of direct and indirect cost considerations,” wrote Anita Agnihotri, senior IAS officer and former director, department of resettlement and rehabilitiation with the state ministry of water resources, in a 2008 empirical study of the irrigation project.

“A district whose forest resources have vastly depleted and where distress migration is a common feature, this is the only area from where people don’t migrate because of the good quality Kendu leaf and other forest produce,” says activist Ranjan Panda, convenor of the civil society alliance, Water Initiatives Odisha. “The government should think of reviving the traditional water harvesting structures instead of a large scale project. But it is not interested in alternatives,” he adds.

“The future provision of water for irrigation and drinking will suffer as industry will encroach on it. This has happened for Hirakud dam and is going to be the case with the Rengali reservoir. Historically, large dam projects have not been able to meet even half of the targeted command area for irrigation,” says Panda.