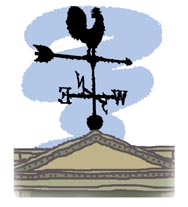 The us Congress is finally taking climate change seriously, with the Democrats, who are in control, reversing the existing policy of denial. The change has galvanised environmental groups. Business groups, including large corporations, have joined hands with bodies like the Natural Resource Defense Council, Environmental Defense, World Resources Institute and Pew Center for Climate Change.

This new coalition is now demanding national legislation to curb greenhouse gas (ghg) emissions to mitigate the effects of global warming. Once seen as a hoax by most Republicans, global warming is now part of the congressional agenda and us public discourse. An opinion poll conducted in January 2007 showed roughly 80 per cent of people believed global warming is real. Another 70 per cent said global warming had a serious impact and 75 per cent supported restrictions on emissions from cars and industrial facilities.

Erratic winter weather, frequent hurricanes and tornadoes have strengthened these perceptions. These concerns are reflected in measures taken by Congress. Barbara Boxer (the new chair of the senate committee on environment and public works) started congressional hearings in January on global warming. Nancy Pelosi, the new speaker of the House of Representatives, has created a select committee on energy independence and global warming, which serves as a forum for hearings, investigations and debate on global warming. While the panel will not have jurisdiction to draft legislation, it can offer suggestions to the committees on energy, environment and technology until December 2008. There are a dozen bills in Congress on curbing effects of global warming. The boldest is the Global Warming Pollution Reduction Bill proposed by senators Bernie Sanders (Independent, Vermont), Barbara Boxer (Democrat, California) and nine others, which proposes a freeze on global warming emissions in 2010 and cutting them in subsequent years, reaching about 83 per cent below current levels in 2050 (80 per cent below 1990 levels).

Bipartisan support will be needed for legislation. Unfortunately, the Congress is polarised. According to a poll by Washington-based weekly National Journal, 87 per cent of congressional Republicans do not believe that human actions contribute to global warming. Ironically, while scientific evidence linking global warming to human activity is mounting, this number has increased from 77 per cent to 87 per cent since April 2006. On the other hand, 95 per cent of Democrats believe that the link is proven beyond reasonable doubt.

us states and cities have, however, risen above party politics and are moving on curbing emissions. California has led from the front with a new law that aims to reduce emissions to 1990 levels by 2020 (see box:Taking the lead).

In contrast to these initiatives, the White House continues to keep its head in the sand. Despite emerging evidence of human-induced warming, us government agencies have been pressured to downplay the threat of global warming. A survey by the Union of Concerned Scientists (an advocacy group), presented during recent congressional hearings, indicated that scientists at seven government agencies have been pressured. Nearly half of the 279 scientists surveyed said they had been told to delete references to global warming and climate change from their reports. Last month, a memo was issued to officials of the us Wildlife and Fish Department in Alaska barring scientists from speaking at international meetings about global warming and threats to polar bears.

The White House also ignores California's economic surge between 1990 and 2003 despite having put in place the most stringent environmental laws in the country. California's gross state product grew at 83 per cent while its ghg emissions grew only at 12 per cent.

Growing congressional concern raises a crucial question: will national legislation drown out progressive local, regional and state initiatives? The next year or two are going to be crucial for determining us action on global warming. Popular opinion, congressional enthusiasm, judicial decisions, White House intransigence and election-year politics will all play a decisive role.