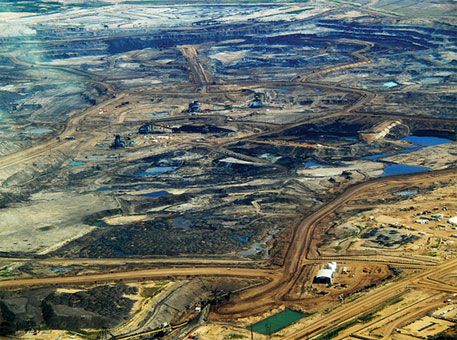 Sustained public opposition has led to a revenue loss of $17 billion for the tar sands industry in Canada, according to a study by the US-based Institute for Energy Economics and Financial Analysis (IEEFA), and Oil Change International. The study focused on the impact of environmental campaigning on the unconventional energy business.

The report states that three major tar sands projects have been cancelled due to market forces – analysts have downgraded their outlook for tar sands production – and public opposition in 2014 alone. Together, these projects would have released 2.8 billion metric tonnes of carbon dioxide, which is equal to emissions of building 18 new coal plants that would last 40 years.

“Public opposition has caused government and its administrative agencies to take a second and third look. Legal and other challenges are raising new issues related to environmental protection, indigenous rights and the disruptive impact of new pipeline proposals,” he adds.

Tar sands (also known as oil sands) is a low quality form of oil that consists of bitumen mixed with sand, clay and water, according to US-based research and advocacy organisation, Oil Change International. Its extraction and processing into usable fuel is energy and water-intensive, polluting, and destructive.

It also contains more carbon and toxic substances than conventional oil. Vast quantities of tar sands are found in Alberta, Canada and in eastern Venezuela.