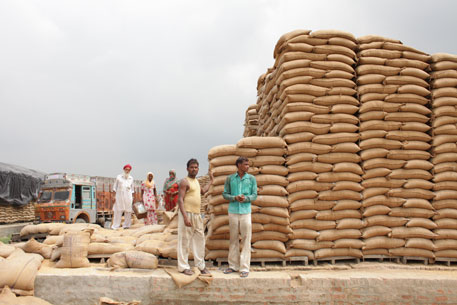 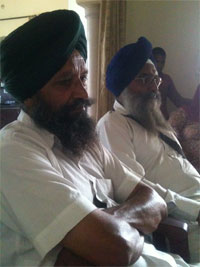 In Pandori Ragsangh village in Amritsar, farmer leader Gurlal Singh takes a large sip of hot milk and asks fellow farmer, Jagdish Singh, about the “poison.” “This year, there is too much of poison,” Jagdish replies. It takes a while to understand that the farmers are discussing  lethal pesticides used to grow wheat. While Gurlal and Jagdish have grown organic crops for family consumption on patches of their fields, they feel guilty while donating pesticide-laced food grains for langars or daswants.

For ages, Punjab has the rich tradition of donating a part of their food produce to gurudwaras for feeding the poor, also known as langar. They also follow a religious tradition of Daswant that means donating one-tenth of the produce to grurudwaras or to the community. Both Gurlal and Jagdish say that the practice aimed at ensuring food security is actually poisoning people by serving them nearly poison-laced food grains.

These guilt ridden farmers no longer want to remain silent. Lately, a section of farmers are demanding that religious institutions should serve organic grains to devotees. This will not only ensure good health of people but also encourage farmers to grow organic food, they say.

While organisations like Dera Sacha Sauda, Radha Soami and institutions like Pingalwara are already growing organic crops on their fields, farmers are demanding that other religious organisations should follow suit and insist on accepting only organic crops as donations. “This will at least reduce the amounts of pesticides used by farmers,” says Gyani Kewal Singh of Pandori Ragsangh village in Amritsar. 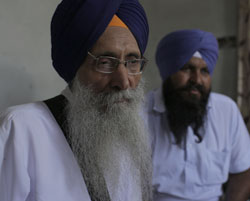 Several studies have established that such high use of pesticides is resulting in high incidence of cancer and birth defects in the state. Recently, an epidemiological study sponsored by the Punjab Pollution Control Board (PPCB) and conducted by the Post Graduate Institute of Medical Research (PGIMR) in Chandigarh has indicated that lethal pesticides used in the cotton belt of Punjab are causing major health problems, including cancer, reproductive disorder, birth of mentally retarded children and other pesticide-related diseases. The state accounts for 90 cancer patients per 100,000 while the national average is 80, according to the report. In 2013, the state has for the first time initiated headcount of cancer patients.

Jagtar Singh, a member of Kheti Virasat Mission that motivates farmers to adopt organic farming, claims that Punjab farmers are fed up of government policies on farming and have shifted their focus to religious leaders to pave a way for change. “Farmers have to take hefty loans to buy pesticides which they repay after harvest. It’s not that they are not eager to do organic farming, but they fear the loss and want a bailout package from the government,” he says.

Farmers of Pandori Rangsangh agree with Jagtar. “The government dumped pesticides on us during the Green Revolution,” says Gurlal. “Now we grow wheat but it rots in the open,” says an angry Jagdish. According to official figures, the state purchases around 14 million tonnes of wheat a year, while the storage capacity of the godowns of Food Corporation of India is only 6 million tonnes. Major Singh, another farmer of Pandori Rangsangh, says the government should have drafted an exit policy for curbing the use of pesticides once the goals of Green Revolution were achieved. “But it did not do so. Now things have gone out of control.”

Six months ago, Gurlal Singh and several other farmers submitted a petition to the Sri Gurudwara Prabhandhak Committee (SGPC), urging that the committee should grow organic crops on its 320 hectare farm. In their petition, farmers have mentioned that food grains and vegetables used for serving people in langars and for preparing “kada prasad” should be organic. “This initiative would motivate the farmers to shun pesticides,” notes the petition. Though they are yet to receive a reply from SGPC, they have pinned their hope on god. Kewal Singh says, “The government has given us poison. Now only the god can clean it up.”

Report: The World of Organic Agriculture 2014

Report: Organic farming and food security: a model for India

Report: Chemical fertilizers in our water: an analysis of nitrates in the groundwater in Punjab