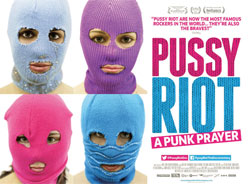 It was a protest that lasted less than a minute. On February 21, 2012, members of Pussy Riot, a Russian punk art collective, had just shouted, “Mother Mary please drive Putin away”, when security stepped in. But not before footage of their criticism of the close ties between the church and the state began to go global.