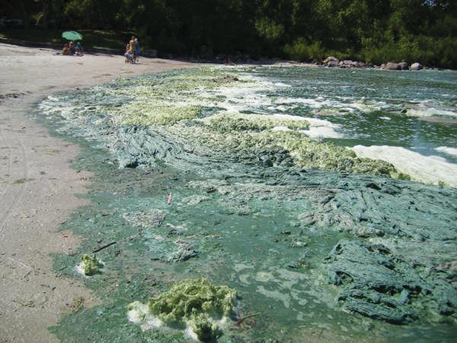 A study published in Science on October 11 shows phosphorous is important in neutralising nitrogen. Jacques Finlay, associate professor at the University of Minnesota, US, is the lead author of the study which was motivated by a prior research on Lake Superior in the US.

The report is also based on phosphorous and nitrogen records in large European lakes.

However, phosphorous has its own disadvantages. It is a vital nutrient for algae to feed on. Algal blooms are harmful as they kill fish by clogging their gills and releasing toxins in water. Phosphorous pollution occurs due to agricultural run-off and household detergents.

The research shows that efforts to address one environmental issue can lead to another problem. In this case, when phosphorous levels are reduced, nitrogen pollution increases. The study concludes that excess phosphorous has many adverse effects on lakes and its positive influence on nitrogen removal is not a rationale for relaxing phosphorous control measures. Thus, efforts need to be redirected to minimise both the phosphorous and nitrogen levels.

Lars Tranvik, head of the department of limnology, Uppsala University, Sweden, says, “The study in Science gives additional support to the opinion that both nutrients need to be managed.” He adds, “Increasing industrialisation, sewage systems, and mechanised modernised agriculture with increased use of commercial fertilisers must be accompanied by increased efforts to reduce leakage of nutrients. This may include sewage treatment plants, as well as buffer zones in the landscape that counteract direct leakage from fertilized fields to streams and lakes.”

Laurence Carvalho, a freshwater ecologist from the Centre for Ecology and Hydrology, Scotland, says international controls are inadequate. “The Nitrates Directive in Europe limits nitrate pollution, but at very high levels when [it] can cause health problems—not on the basis of ecological damage,” he says.

Carvalho says that measures to reduce nutrients should include control of diffuse sources and construction of wetlands to help combat nitrogen and phosphorous simultaneously.