Countries and businesses, under the aegis of Carbon Pricing Leadership Coalition, signal support for carbon pricing ahead of New York climate meet 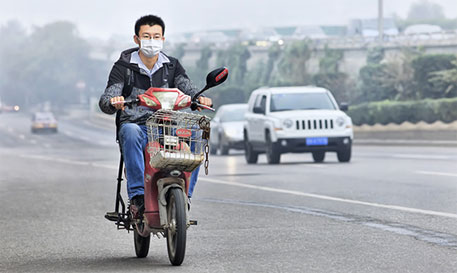 As world leaders, business leaders and environmental activists gather in New York for the climate summit to discuss how to reach a consensus on a new climate deal to be cinched in Paris next year, the World Bank Group announced the launch of a Carbon Pricing Leadership Coalition. The coalition has diverse representation that includes high carbon emitters such as China, the EU, and also the least developed countries (LDCs). This coalition aims to encourage countries to adopt measures such as carbon taxes or cap-and-trade systems, thereby, pushing for carbon emissions reductions across the world.

In all, 73 countries and 22 states, provinces and cities, responsible for 54 per cent of global greenhouse gas emissions and 52 per cent of GDP, have joined over 1,000 businesses and investors in support of carbon pricing.

“The science is clear. The economics are compelling. We are seeing a shift toward the economic architecture that will be necessary to avoid a 2-degree-warmer world, an architecture that supports green growth, jobs and competitiveness,” said World Bank Group vice-president and special envoy for climate change, Rachel Kyte, in the World Bank website.

UN Secretary General Ban Ki-moon has already sent a strong message, urging private sector to demonstrate leadership by agreeing on a carbon price. In this regard, the World Bank President Jim Yong Kim expressed the opinion that such market-driven solutions are necessary step to contain climate change, even though they are only one of the many solutions. He added that such initiatives send a signal, forcing polluters to decide whether to reduce emissions, curtail their polluting activity, or pay for each tonne of carbon dioxide or its equivalent that they emit. He said this is the "least cost way" for countries to meet their environmental goals. Currently, around 40 countries and over 20 states, regions or cities have either set up or are planning to set up emissions trading schemes or carbon taxes. Together, they account for more than 22 per cent of global emissions.

Additionally, the Global Divest-Invest coalition is also set to announce new pledges on how their countries will contribute to a global effort to halt dangerous rise in temperatures. Launched in 2011, this coalition consisting of 180 individuals and 80 institutions, pledged to divest from fossil fuels over five years using a variety of approaches. The institutions in the coalition cover an entire spectrum of agencies, groups and institutions, such as campuses, churches, cities, states, hospitals, and evens pension funds. In May 2014, for example, Stanford University said it will no longer use any of its $18.7 billion endowment to invest in coal mining companies. On a different note, the University of California voted last week to maintain its investments in fossil fuels, going against the demand of the students. In comparison to bigger institutes, smaller institutes are less reluctant to make pledges.

Such market mechanisms like carbon pricing and initiatives signal that businesses are steadily realising the dire need to shift from fossil fuel to clean, renewable energy as a sustainable choice. Private sector is expected to play a crucial role in the New York climate summit and make tangible proposals which can drive the growth towards a low carbon economy.