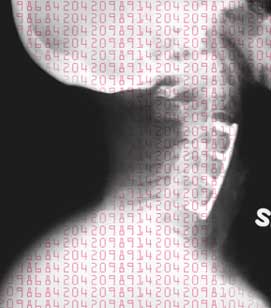 If you use a cell phone, take a call on its health effects. Despite cell phone manufacturers sticking to the line that there are no confirmed adverse effects of the contrivance, studies doubting its innocuousness continue to appear with a grim regularity. Not only that; its innocence is being lawfully questioned. Consider this:

• On M arch 16, 2005, a us federal appeals court reinstated five lawsuits claiming the cell phone industry has failed to protect consumers from unsafe levels of radiation. The lawsuits seek to force the manufacturers to provide handsets, which, they point out, could reduce risk of brain tumours. They also seek punitive damages. The plaintiffs claim the industry has violated various state laws on consumer protection, product liability, implied warranty, negligence, fraud and civil conspiracy.

• In June 2004, a Mumbai civil court ordered Bharti Cellular Limited, a cellular phone service provider, to dismantle its networking antenna from an apartment building in the city. On October 18, 2003, an 11th floor resident of the building had filed a case, contending the electromagnetic waves from the tower were affecting his and his family's health. The petitioner alleged ever since the equipment had been installed outside his flat, he and his family members had begun experiencing sleep disorders.

There have been other cases filed against the industry. The first dates back to 1992, when David Reynard, a us citizen, filed a lawsuit alleging cell phone radiation had resulted in his wife's fatal brain cancer. But the case was dismissed in 1995 for lack of scientific evidence. Since then, the industry has attracted more than a dozen liability lawsuits worldwide. But except the notable exceptions mentioned earlier, most have been dismissed, and none has gone to trial. After all, a us$53 billion wireless telephone industry, with 625 million cell phone users worldwide, is at stake!

The lawsuits, however, have raised serious concerns. Mobile phones, like other electronic devices such as televisions and computers, emit electromagnetic radiation, in the form of radiofrequency (rf) energy (in a microwave oven, it's the rf energy that cooks food). Apprehensions centre on how high a level of this radiation (mainly from the antennas of the phones) is safe.

The us Federal Communications Commission has set the safe limit for radiation exposure at 1.6 milliwatts per gramme of body tissue. Mobile handsets operate at lower power levels, but each antenna radiates 125-600 milliwatts. Since the phone is placed very close to the head, the exposure levels rise beyond the regulatory limits. In 1990, the us Environmental Protection Agency recommended high magnetic fields (emitting electromagnetic radiations) be classified as class b carcinogens (this category includes chemicals such as ddt and dioxins). Unfortunately, this suggestion was never acted upon.

Scientists all over the world, especially in the us, have uncovered significant evidence on the adverse effects of cell phones. Several researchers assert mobile phones are extremely harmful, especially to the brain. One such is Henry Lai, an expert on radiation and a professor in the School of Medicine and College of Engineering at the University of Washington, usa. In 1999, he found even low-level microwave radiation splits the dna molecules of the brain, which can lead to Alzheimer's disease, Parkinson's disease and cancer.

A study by researchers from the Sweden-based University Hospital published in Environmental Health Sciences (February 2003), supports Lai's findings. The study used rats aged 12-26 weeks because their brain cells develop in a way similar to those of teenagers. The animals were exposed to radiation, similar to that emitted by mobile phones, for two hours. Certain sections of their brain were then examined daily for 50 days after exposure. "We found there was significant damage to brain neurons," says Leif Salford, the lead researcher. In 1995, William Guy of the University of Washington, usa , found nearly every test animal exposed to low-level electromagnetic fields for five years died from malignant tumours and immune system breakdown.

The eyes are also at risk. Research conducted on rats at the University of Essen, Germany, shows the iris and the base of the retina absorb cell phone radiation with every call, increasing the chances of contracting eye cancer.

In Italy, Fiorenzo Marinelli of the National Research Council found leukaemia cells divide much more rapidly after exposure to mobile phone radiation. Use of cell phones at bedtime can disrupt sleep. Alexander Borbely and Peter Ackerman at the University of Zurich, Switzerland, exposed 16 people to electromagnetic radiation similar to mobile phone use for 30 minutes before they went to sleep. It was found their increased brain activity lasted up to 50 minutes.

Even a call lasting just two minutes can open the blood-brain barrier (a mechanism to keep out toxins in the bloodstream from entering brain tissue) in kids as well as adults, allowing toxins to attack brain cells, say researchers from the Spanish Neuro Diagnostic Research Institute. The exposure also disrupts the natural electrical activity of a child's brain for up to an hour.

In 1999, scientists from the us -based Catholic University of America tested mobile phone-style radiation on more than 10,000 chicken embryos, which are similar to human embryos. "We found if we turned the radiation on as a chick was developing, the chick suffered from a number of growth abnormalities," says Theodore Litovitz, the lead researcher. He believes the radiation causes cells to release stress proteins, which are designed to repair damage but are harmful if produced continually. The results are significant for people wearing mobiles tucked onto belts for hours at a time as the radiation could affect internal organs or even babies in the womb.


The industry, but naturally, maintains there is no danger. It has an upper hand because none of the studies can establish with full certainty the linkages between cell phone use and health effects because of several factors: there is no single cause of cancer; brain cancer can take years or even decades to develop, making possible long-term effects of mobile phone use difficult to study; mobile phone technology is ever-evolving; and mobile phone usage is linked to lifestyle factors and exposure greatly depends on the exact position of the handset with respect to the head.

And for studies carried out on animals, the industry can always question the extrapolation of their results to humans. Besides, the industry has enough money to fund studies to counter most health alarms. For instance, a study funded by the Wireless Technology Research Incorporation (wtri), a body that has received more than us$41 million from mobile phone companies in funding, concluded cell phone use does not make people more prone to developing benign tumours or malignant brain cancers. The study was led by Joshua E Muscat of the American Health Foundation, a non-profit research organisation. During the study, the researchers compared the cell phone use of 469 brain cancer patients with that of 422 patients who were of the same age, sex and race but who did not have brain cancer. The investigators found that no matter how they analysed the data, there was no hint of cell phone usage leading to brain tumours.

But according to George L Carlo, who once headed an industry group, this study is inadequate to assess the risks because most of the patients enrolled had brain tumours that were too far from the ears, while the brain tissue in their vicinity would expectedly be the most affected. In his book, Cell Phones: Invisible Hazards in the Wireless Age , Carlo expressed extreme concern about the dangers of cell phones.

Instead of taking such criticism seriously, the manufacturers are trying to stifle it. Take Lai's case. From March to August 1998, he conducted his path-breaking research, which was funded by wtri . But the organisation never bothered to publish the study, he says. It was sent back to Lai twice with requests for alterations. "They asked me to change my entire interpretation in a way that would make it more favourable to the industry," he alleges.

When Lai finally published his research, a leaked memo from telecom giant Motorola's head of global strategy, Norm Sandler, talked of ways to minimise damage by undermining the findings. Research biologist Jerry Phillips was paid by Motorola to conduct similar testing. Till date, Lai's results haven't been duplicated, and so can't be considered legitimate, contends the industry.

The fate of independent researchers is worse -- in 1999, leaked details of a us study of 469 people with brain cancer and 422 controls showed that cellphones double the risk of one type of brain tumour. When the study was finally published in the Journal of the American Medical Association, it concluded that there is no link.

The companies can publicly deny the concerns, but six top manufacturers have taken out patents for components aimed at reducing health risks. For example, a 1998 Nokia patent for a shield layer (to protect the user from radiation) states: "...a continuous localised exposure to radio-frequency irradiation has been suggested to weaken myelin sheets of cells and to eventually lead to an impairment of hearing capability... irradiation may stimulate extra growth among supportive cells in the nerve system, which in the worst case, it has been suggested, could (lead) to a development of malignant tumours..." Such patents have been in the pipeline for more than seven years, suggesting the companies have long considered the potential hazards. What's more, underwriters of big insurers such as Lloyd's and Stirling have refused to cover manufacturers against the risk of being sued.

To several independent observers, the language of the debate and the battle lines being drawn are reminiscent of the arguments over smoking and cancer. It seems another industry has been permanently added to the list of those who believe what's good for the balance sheet is always good for public health.

But concerns about the ill effects of cell phones far surpass those for smoking: the industry has been one of the fastest growing in modern history. Moreover, with the cost of cell phones dropping continuously, the market is increasing in size, especially in countries such as India (see box: Cell sells). This would imply a bigger concern about public health.


Manufacturers can reduce exposure by tweaking handset design. But this means bigger handsets, which are unpopular. The best way out, at present, is to let consumers make an informed choice -- mobile phone packs should carry a health warning. But this may always remain in the realms of submissions -- Roger Coghill, a researcher from the uk , recently lost a court case pertaining to putting labels on mobile phone handsets. His lab experiments had found only 33 per cent of white cells exposed to cell phone radiation for three hours functioned properly.

In the wake of this incidence, one speculates: is there any hope? Says Barnett S Kramer, director of us-based Office of Medical Applications of Research at the National Institutes of Health, "The users have divided opinions. For believers, no proof is necessary. And for sceptics, no proof is possible. Somewhere in between, hopefully, we will find people who will weigh the evidence. That's the only hope."