Radio or not, here it comes

Is it a radio or a computer? A British company turns the ordinary PC into a digital radio 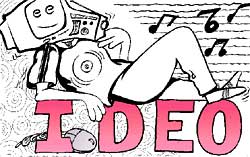 radio stations that sound almost as good as a compact disc could be with us soon. Broadcasters in Europe and Canada are already testing these high-quality digital broadcasts, but the special sets needed to receive them are so expensive that nobody is making them. Now, a British company has come up with a much cheaper device that turns an ordinary personal computer (pc) into a digital radio receiver.

Europe has adopted a common standard for Digital Audio Broadcasting (dab), as digital radio is officially known. Till now, designs for dab receivers have used expensive signal processing chips to decode broadcast data. A handful of companies have developed prototypes of in-car digital radios, but at expected prices of around 1,000 or more, production versions are considered too costly to be worth manufacturing.

Home receivers are even further off: ideo , an industrial design company hired by the British Broadcasting Corporation ( bbc), has produced has come up with impressive designs of some of these futuristic digital radios, but no company has come forth to make them.

RadioScape, a London-based software firm, believes it has found a way to avoid the cost problem. Gavin Ferris, one of the founders of the firm, is the author of an animation software package that is being used to make movies at Steven Speilberg's DreamWorks studio in Hollywood, usa . Ferris's latest software does the same job as the circuitry in a digital radio, using the processing power of the fast Pentium chips built into today's pc s.

RadioScape's system take dab signal from a normal very high frequency (vhf) antenna and feeds it into a decoder card that fits inside a pc , much like a modem or a sound card. The decoder extracts dab data from the radio signal, while the software processes it to deliver sound to the pc 's speakers. As well as sound dab broadcasts may carry text or up to one still picture every 10 seconds. These are displayed on the computer's screen.

RadioScape claims that a Windows pc with Pentium mmx processor running at 133 megahertz or above can decode the dab data.

This will allow the user to listen to digital radio while doing other tasks on the pc, such as word processing or downloading data from the Internet.

RadioScape has demonstrated a working prototype of its system for bbc , commercial broadcaster and computer companies. It plans to license it to electronics manufacturers, who will turn it into consumer products. RadioScape expects the first pc -based tuners and software to be in shops by 1998-end.

The next step will be to put the tuner circuitry into a credit-card sized card, which can be plugged into a laptop or a palmtop computer thus converting it into a portable digital radio. RadioScape expects the card to cost somewhere around $160.