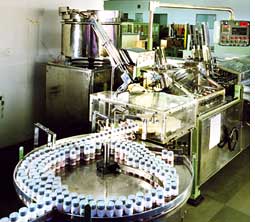 After the US, New Zealand alert

indian drug manufacturer Ranbaxy Laboratories' distributors in New Zealand have voluntarily agreed to quarantine three of its drugs. New Zealand's health ministry said the drugs will not be released for distribution till further tests.

The drugs--amoxicillin syrup, a widely prescribed penicillin-based antibiotic, acyclovir, an antiviral used to treat herpes virus, and cefaclor, an antibiotic used to treat a wide range of infections--are part of the 30 generic medicines that the us Food and Drug Administration (usfda) blocked in mid-September.

The us action followed an inspection of Ranbaxy's two manufacturing plants--at Paonta Sahib in Himachal Pradesh and Dewas in Madhya Pradesh--by fda inspectors who found that the company failed to meet manufacturing standards.

New Zealand's drug safety authority Medsafe said its reaction to the usfda import alert was in line with international regulations. If required, the government would impose an import ban under the Medicines Act before the next consignment of Ranbaxy stock arrived in the country, said Ashley Bloomfield, chief adviser to the Public Health Department.

In another blow to Ranbaxy, the us President's Emergency Plan for aids Relief on September 25 suspended funding for three Ranbaxy generic drugs for aids, manufactured at the Paonta Sahib plant, until the fda confirms that deficiencies have been resolved. These drugs have been excluded from import ban due to their shortage.