Ranbaxy in a spot 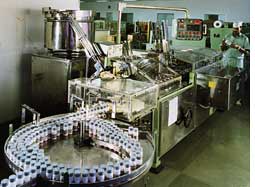 about a month after the Japanese drug company, Daiichi Sankyo, acquired majority shares in Ranbaxy, India's largest generic maker faces charges of selling substandard drugs in the us.

The us Department of Justice (doj) has moved a motion against Ranbaxy at the district court of Maryland, alleging that drugs made at its unit at Paonta Sahib in Himachal Pradesh violated us Food and Drug Administration (fda) standards. The motion alleges that Ranbaxy used raw pharmaceutical chemicals from unapproved sources, fabricated test data to meet fda standards and tried to conceal the fraud from the agency's inspectors.

The investigation could cast serious doubts over the credibility of the Indian pharmaceutical giant which depends on the us market for about 25 per cent of its sales. doj is also investigating whether Ranbaxy fudged data to prove efficacy of its generic hiv/aids drugs for supply to Africa under the us President's Emergency Plan for aids Relief.

The company's spokesperson, however, claimed that the motion had only sought certain documents about quality control procedures at the Paonta Sahib and nearby Toansa plant and no legal proceedings had been started.

The investigation began in February 2006 when fda inspected the Paonta Sahib plant and found violations, including failure to retain data. After the inspection Ranbaxy appointed P arexel, a us- based consultancy firm, to help the company understand fda's good manufacturing practices.

In January 2007, doj conducted a search at the company's us facilities and seized documents, including Parexel's quality audit of Ranbaxy. However, fda did not get access to Parexel's complete audit. By 2007 end, fda informed Ranbaxy that it would not clear applications for drugs manufactured at Paonta Sahib unless it had access to the complete audit.

fda is also under the scanner. A congressional committee has questioned the agency for continuing to approve medicines made by Ranbaxy, while it was questioning the company's manufacturing processes.

Gopal Dabade of the All India Drug Action Network asserted that the episode could be a plot to malign generic drug makers.