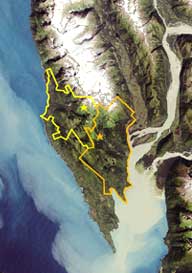 Polluting natural gas projects are apparently not the only threat to Alaska's environment. On June 29, 2005, the us Environmental Protection Agency (epa) gave a final go ahead to a large gold mine -- Idaho-based Coeur d'Alene Mines Corp.'s Kensington project in southeast Alaska. The final nod came in the form of a wastewater-discharge permit, a chief concern driving the opposition.

The project plans to produce 2,835 kilogrammes of gold annually for a decade, beginning 2006. Construction starts in July 2005. The us Forest Service and the army Corps of Engineers have already approved it. But environmentalists believe mine tailings and vessel traffic associated with the project will destroy the area's ecosystem. They also oppose the fact that to facilitate the dumping of the mine's waste rock into the freshwater Lower Slate Lake, the epa changed its rules in 2002, defining mine tailings as relatively harmless fill material.