Ambegaon taluk where disaster-struck Malin village was located had become a realty hot spot and had mines; it is located in the ecologically sensitive Western Ghats 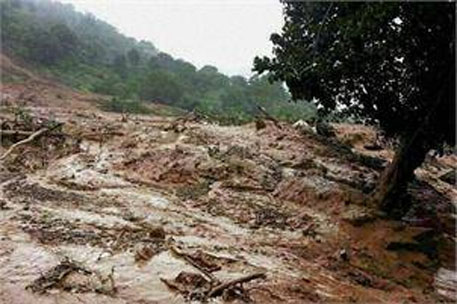 A massive landslide that brought down a hillock in Malin village in Ambegaon taluk of Pune distruct, claimed 25 lives on Wednesday while more than 160 were trapped under debris.

The immediate reason for the landslide that occurred at about 5 am was incessant rainfall, as cited by police. The incident came to light at 7 am when a bus driver failed to find the village which was a regular stop on the route.

But there is more to the landslide than what meets the eye.

Malin is one of the 37 villages in Ambegaon taluk that was identified ecologically sensitive area by the Kasturirangan committee in its report on Western Ghats. It was only in December 2013, that orders were issued to implement Union environment ministry's notification that banned mining, quarrying, construction of thermal plants and big building complexes in such areas. The tehsildars were supposed to assess all the constructions as well as mining and quarrying activities in these villages.

But lately, Ambegaon had become realty hot spot. Ambegaon taluk is in the Shirur subdivision of Pune district where there has been a significant rise in number of resorts and farm houses. Several real estate developers have been advertising these farm houses or boutique residencies as "lake villa" or "hill villa". The taluk also has several tribal villages and one of them is Malin.

“About 70 per cent of these quarries are being run illegally because of the inaction of the revenue department. Apart from the usual minor minerals, semi precious stones are also mined from these hills,” says Rege. Several such mines were there in Malin village where the landslide took place.

“This could be a probable reason why a mere 4 mm rainfall in the last 24 hours caused a hillock to crash,” says Rege.

The district administration with the help of National Disaster Response Force (NDRF), Maharashtra Disaster Response Force, is carrying on the rescue operations in the village. Army personnel have also been deployed to rescue people trapped in the debris. District administration has also started evacuating people from nearby hilly villages which may become unstable due to the rains. (Report updated at 5.15 pm)