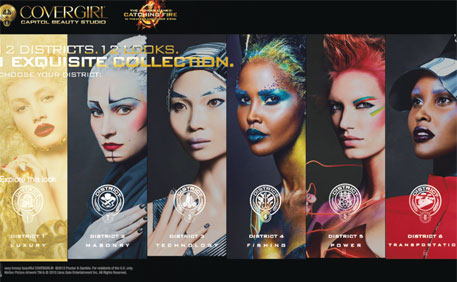 Did you ever wish that Harry Potter was real? Well, it kind of is. That’s the motto of Harry Potter Alliance, a US-based coalition of fan-activists who feel passionate about the power of story to bring about social change. Its latest campaign, themed around Suzanne Collins’ The Hunger Games trilogy, aims to address social inequality in the US.

The campaign, Odds in Our Favour, enjoins fans to make the three-fingered salute, which in The Hunger Games is used by District 12, the poorest region, as symbol of solidarity in the face of the corrupt and oppressive Capitol. Fans are encouraged to post their photographs making the salute across social networks.

Writer, comedian Andrew Slack, who was instrumental in creating the alliance, has criticised the marketing campaign of Hunger Games: Catching Fire, film adaptation of the second book of the trilogy. Lionsgate, the studio that produced and is distributing the film, is promoting it in association with makeup brand CoverGirl. “Has Lionsgate become the Capitol? Its marketing strategy is turning an anti-classist epic into a platform for the novels’ villains,” Slack wrote in The Los Angeles Times.