Recall of the wild 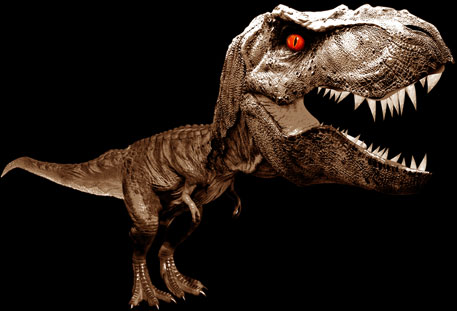 JURASSIC PARK was an instant hit when it was released in 1993. Its runaway success was testimony that our curious affair with de-extinction has begun and would, someday, reverse the course of evolution. The day, it seems, has arrived.

Last month, Australian scientists revived and reactivated the genome of gastric brooding frog, Rheobatrachus silus. The bizarre amphibian that swallowed its eggs, carried embryos in its stomach and gave birth through its mouth went extinct in 1983. Under the aptly-named Lazarus Project, scientists used the DNA of a frozen R silus specimen to grow its embryos. The embryos survived just for three days. But it marked a landmark moment for synthetic biology—the science of tweaking genes to re-design existing biological systems and fabricate new ones. Several similar projects are under way (see below).

Environmental conservationists are, however, wary of engineering nature. They worry that tinkering with genetic material could have serious ethical, ecological, biosafety, health, policy and intellectual property implications. “It’s important to keep an open mind, but three decades of working in real-world conservation suggests to me that high-tech solutions like synthetic biology are mostly pie in the sky,” says Bill Laurance, distinguished research professor at the department of marine and tropical biology at James Cook University in Townsville, Australia.

Synthetic biologists disagree. They say the science can not only help engineer microbes that produce targeted drugs, green energy, environmental sensors and sturdy crops but also has the potential to protect animals, plants and ecosystems against the ravages of human activity and climate change. It can help treat diseases that are driving extinctions and produce heat-tolerant coral reefs. “We have to incorporate more diversified approaches in conservation apart from the ones already in effect. Synthetic biology could be one of them,” says Subrat Kumar, assistant professor of biotechnology at KIIT University, Bhubaneswar. “The science is not limited to de-extinction and could be merged with current conservation practices and used for ecological enrichment.”

“No,” says Diogo Verissimo, doctoral candidate at Durrell Institute of Conservation and Ecology of the University of Kent in the UK. He says the excitement of being able to mould nature for human benefit has overshadowed genuine concerns about potential implications it can have. “As with any other tool, synthetic biology can have beneficial and detrimental impacts depending on how it’s used,” says Verissimo.

Most conservationists worry that an ability to manipulate or create life would further undermine human concern for the environment. “I am concerned that the potential for synthetic and engineered life may lead to complacency about preserving the rich diversity of life on the earth that we are losing rather rapidly,” says Georgina Mace, professor of biodiversity and ecosystems at the Centre for Biodiversity and Environment Research of University College London in the UK. “I would like to see synthetic biology as an extra tool to use in environmental conservation, not replacing our current efforts,” adds Mace.

Some argue synthetic biology fails to deal with the root cause of extinction: collapse of ecological networks. What’s the point of resurrecting an animal if the conditions that made it go extinct in the first place still exist? Verissimo says, “A species is much more than a genome. Its behaviour and ecology are often dictated by its habitat and interactions with other individuals. Simply recreating the genome of a species might not be meaningful if the species habitat does not exist.”

Verissimo is also worried that synthetic life evolves and such creatures might become pests or, in an alternate scenario, be unable to cope with the demands of the wild once released out of the labs. “We know that even well-meaning solutions can have major impacts on natural ecosystems, as happened with the introduction of cane toad in Australia. It has radically changed the landscape and is leading to a number of extinctions,” he says.

Then there are questions about regulating the release of synthetically produced life-forms outside the lab, patent issues and striking a balance between private profit and public benefit. But advocates of synthetic biology maintain no technological advance comes without risks. “Though ethical, safety and security concerns are justified to some extent, rapid advances in toxin research and neurobiology are more scary and threatening than synthetic biology,” says Pawan Dhar, director of the Centre for Systems and Synthetic Biology at University of Kerala in Thiruvananthapuram. “Most concerns are based on perceived ability of scientists to mass produce organisms of choice at a low cost—a very unrealistic perception.”

As the debate continues, some conservationists believe we cannot turn a blind eye to advances in synthetic biology as the science has the potential to change the contexts in which conservation works. In a paper, Synthetic Biology and Conservation of Nature: Wicked Problems and Wicked Solutions, published on April 2 in PLoS Biology, Georgina Mace and colleagues stress upon the need for the two largely alien communities to engage. “Though these communities are strangers to each other now, the work they do and the goals they pursue are in places complementary and in others conflicting but uninformed by each other. A respectful and open discussion between these two communities and society at large is urgent to determine how to proceed on issues that overlap,” states the study.