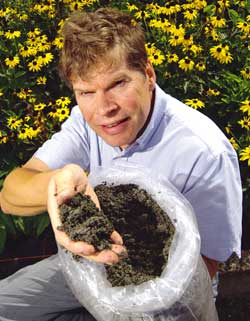 recycled paper-based compost can become a major weapon in the fight against a range of plant diseases, according to a study by the University of Warwick in the uk.

Conducted by a team of scientists led by Ralph Noble, the study has shown that the replacement of around 20 per cent of the volume of soil or peat by compost gave major disease control benefits. The use of such compost can reduce significantly the incidence of many plant diseases. For instance, its use can reduce tomato root rot by as much as 72 per cent and wilt diseases by 61 per cent.

This provides an obvious additional commercial use for the vast amount of paper waste generated by offices and homes.