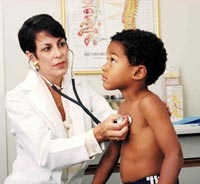 a study by researchers from the us-based University of California and Mayo Clinic has left many doctors flabbergasted. It shows for the first time that exposure to diesel particulate matter alone is enough to induce an asthma attack. "The findings are significant, as earlier studies have consistently shown that the presence of allergens such as pollens or house dust mites is essential for airway inflammation -- a prerequisite condition for an asthma attack to become acute," said Andre Nel, the study's principal investigator.

During their experiments, the researchers first gave mice a surrogate allergen in a manner similar to how humans are exposed to pollens. However, this did not adversely affect the mice; to crosscheck, the researchers repeated the test a number of times, but the result was always the same. The mice were then exposed to 'aerosolised' diesel particles. This quickly resulted in an acute asthma-like condition. The researchers even used genetically modified mice (which had chronic airway inflammation) to prove their theory. Even in most of these mice, exposure to pollens could not lead to an acute asthma attack, but the effects of diesel were just the opposite.

Unlike previous attempts, the researchers were able to track down the acute affects of diesel because of a new testing model. In previous animal models, it took weeks to induce an asthma-like condition. In such a case, it was difficult to decipher the extent to which pollutant particles, allergens or other factors contributed to the airway inflammation. The new technological advancement, which enables researchers to induce an asthma attack within two to three days, may prove helpful in finding an explanation for acute asthma flares that occur within hours of a single pollution event. Nel says it would also be helpful in testing the effectiveness of asthma medications.

In the next phase of their study, the researchers will determine if humans react to diesel pollution in a manner similar to mice. Another recent study of the researchers, published in the journal Environmental Health Perspectives , links ambient pollution particles, collected from the Los Angeles basin of usa, to cell damage. The study also highlights the fact that the smallest air pollution constituents, known as ultrafine particles, penetrate most deeply into body tissues and cause irreversible damage.