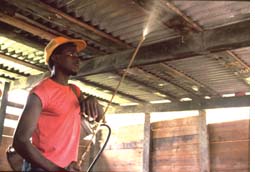 malaria treatment has so far been uniform globally. who guidelines on symptoms of severe malaria are based on symptoms found in children in Africa. They include anaemia, jaundice and hypoglycaemia (low blood glucose level). Scientists say this 'one-size-fits-all' approach should change since children from other regions show different symptoms, sometimes more lethal.

A study from Orissa has found that multiple organ dysfunction is an important symptom of malaria in children in India. "The current treatment does not include extracerebral (non-brain) features. With the involvement of kidney and multiple organs, physicians are likely to look for jaundice and anaemia," says Pinaki Panigrahi, professor at the University of Maryland, usa.

When people from malaria-affected places move to other places, they too act as carriers of the disease. Treating malaria requires an understanding of these factors says the study which was published in the September 2007 issue of Paediatrics (Vol 120 No 3).

The differences are not only in the symptoms. In India, even the mosquito population varies from place to place and from season to season. This requires a control programme which takes these differences into account. Recent attempts at malaria control have, however, not been able to develop a comprehensive solution.

Studies showing the regional specificity of malaria assume importance because recently there has been attempts to bring ddt back as a universal panacea. A much-hyped study by American and Thai researchers suggests that compared to dieldrin and alphacypermethrin, ddt is useful for malaria control. Though it kills fewer mosquitoes, ddt keeps the mosquito away from making physical contact with the treated surface. The researchers even say insecticides be classified on their effect rather than their toxicity.

The study fails to consider the long-term adverse effects of ddt. Moreover, the Aedes aegypti mosquito studied is not exactly a malaria vector in India. "In India, Anopheles culicifacies, a vector of malaria in villages is present even in ddt sprayed structures," says A P Dash of the National Institute of Malaria Research.