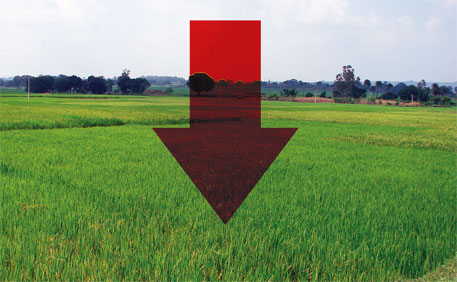 RELIANCE POWER’S super thermal power project has recently been approved under the UN’s clean development mechanism (CDM) for carbon credits worth thousands of crores of rupees, even though the project validator acknowledged that it did not carry out physical inspection of the plant site.

The Anil Ambani-owned energy giant’s 3,960 MW thermal power plant is to be set up in Koderma district of Jharkhand. But the exact location of the plant is not known. Its environmental clearance merely says the plant is “near Tilaiya village”.

In fact, there is no village by that name. Tilaiya is a small town. The reservoir of Tilaiya dam will supply water to the thermal power plant. But when asked about the project site, its security personnel expressed ignorance. Maybe in the adjacent Kolhuakala village, they said. Residents of Kolhuakala claim they have never heard about the plant. After several inquiries, one Mohammad Shakur from neighbouring Bhadiyajohar village said Kolhuakala and his village are among the villages that Reliance would acquire for the power project. He informed that the plant site was in Bhadiya village, which is about 10 km from Tilaiya dam.

On reaching Bhadiya, residents confirmed that Reliance Power has acquired some 240 hectares (ha) from 70 farmers of the village for its thermal power plant. But not even a board has been erected here indicating details of the plant or the company.

According to a financial expert based in Mumbai, “It is perhaps one of the very few projects in the country that managed CDM registration even before acquiring land, let alone becoming operational.” Further investigation revealed gaping holes in the CDM validation process, allowing Reliance Power to keep the cake and have it too.

The power plant is coming up as a part of the Central government’s ambitious Ultra Mega Power Project (UMPP) programme. The Union Ministry of Power plans to set up nine thermal power plants under the scheme to add 100,000 MW to the national grid. The plants will use supercritical technology, which is more efficient and less polluting than the conventional thermal power plants. For instance, while generating 1kWh of electricity, a plant with supercritical technology will emit 0.83 kg of CO2 as compared to conventional plant that emits 0.93 kg of CO2 .

The Reliance Power-owned Jharkhand Integrated Power Limited (JIPL) bagged the project in February 2009 through competitive bidding. Subsequently, it applied to the Executive Board of the UN Framework Convention on Climate Change (UNFCCC) for Rs 2,000 crore CDM benefits. It claimed the project will help reduce 2.14 million tonnes of greenhouse gases over 10 years. Its claim was accepted and the project registered for CDM benefits in September 2011 after TUV Rheinland, an independent validation agency in Germany, gave clean chit to the project. Repeated correspondence did not yield response from Reliance Power.

How accurate is the validation?

A project is eligible for CDM benefits only if it can prove that it is not business-as-usual and is functioning with a special view to reduce CO2 emissions, and that it will not be viable without the CDM money.

But the fact that the project was obtained through competitive bidding establishes its commercial viability. Moreover, the supercritical technology for which the project claims CDM benefits was the precondition under the Centre’s UMPP scheme; it is not an additional effort by the company.

CDM Watch, an initiative of international non-profits to provide an independent perspective on CDM projects, in an assessment of Tilaiya power plant says: “The project will use supercritical technology regardless of whether CDM provides support. If registered, the project could receive over 21 million CERs (certified emissions reductions) which do not represent additional emission reduction.” This would give a windfall of 257 million euros (about Rs 2,000 crore) to the project proponent, it says.

Besides, the validation report, available on the UNFCCC website, says the project will acquire land in 10 villages. This is when the project’s environmental clearance just mentions that it will cover 1,089 ha and does not specify the villages. Discussions with residents of Bhadiya, Bhadiyajohar and Beherabad revealed that the company plans to acquire some 1,700 ha from 14 villages.

The validation report, submitted in July 2011, says since the project had not started at the time of validation, physical inspection of the site was not carried out. The project design document submitted by JIPL mentions the project start date as August 2009; it is the date on which JIPL issued bank guarantee to 18 utility companies that will buy electricity from it.

The CDM money will account for 12.5 per cent of the project investment of Rs 16,000 crore. But the project is yet to achieve financial closure, which means more delays may be involved. According to the financial expert, “It usually takes two to three years after financial closure for a power plant to become operational.” Unfortunately, there is no monitoring tool integrated within CDM process to check this delay.

The documents submitted for validation show the project proponent did conduct consultation with local stakeholders, as mandatory under CDM, at a hotel in Hazaribagh town in February last year. But the fact that the venue is about 100 km from the villages where the plant is proposed speaks volumes of the participation by people. The consultation report just summarises comments from seven stakeholders, the additional district collector being one of them. The queries were mostly on employment for the affected people. “The company promised us employment but did not give any document to the effect in writing,” says Parmeshwar Pandey of Bhadiya. “We approached the district collector on this but to no avail.”

Discontent was also palpable in Bhadiyajohar and Beherabad where the company has acquired land. Though a public hearing was conducted, residents say, it was more of a farce. There was neither any commitment about employment nor any discussion on compensation.

Residents say they sold their land to JIPL after MP Yashwant Sinha and MLA Amit Yadav asked them to. “They said if we did not sell our land to JIPL at their price, the government would acquire land and give us peanuts as compensation,” the residents say. “The company gave us between Rs 3 lakh and Rs 6 lakh per ha which is way below the market value,” says Kishore Pandey of Bhadiya.

There are even allegations of land encroachment by JIPL. Bhadiya residents in 2009 took the company to Hazaribagh court for acquiring 16 ha of village commons land without permission or compensation. The matter is currently sub-judice. And all this is when JIPL is yet to receive environmental clearance for its captive coal mine.