Report projects that power generating capacity will quadruple to 385 GW with right investments, policies and governance 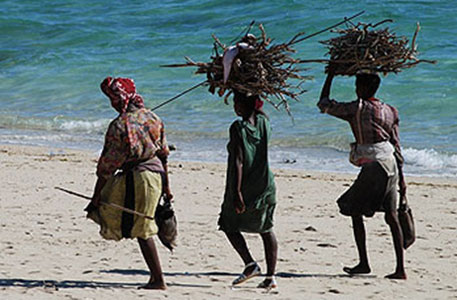 As sub-Saharan Africa’s economy grows, lack of energy infrastructure in the region is hampering rapid social and economic development, says a report of the International Energy Agency, an autonomous intergovernmental organisation based in Paris.

The report—Africa Energy Outlook 2014—showcases sub-Saharan energy sector and its prospects for growth in the global context. It was released in London on Monday.

There has been a sharp economic growth in sub-Saharan Africa since 2000. The size of the region’s economy has doubled in size to reach $2.7 trillion in 2013. The demand for energy has grown at a rate of 45 per cent in the time period 2000-12. However, this region accounts for only 4 per cent of the energy demands in the world even though it contributes 13 per cent to the world population. More than 620 million people in sub-Saharan Africa are without access to electricity and nearly 730 million rely on the traditional use of solid biomass for cooking. 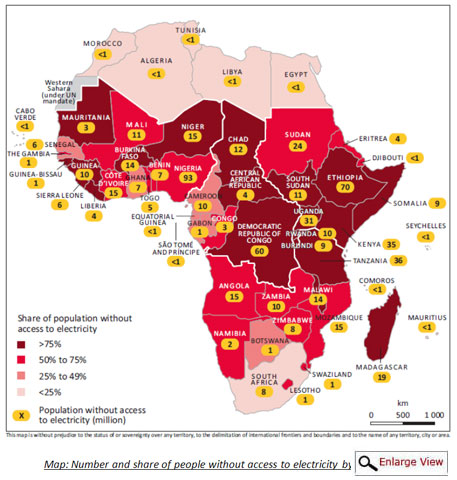 “A better functioning energy sector is vital to ensuring that the citizens of sub-Saharan Africa can fulfill their aspirations,” said IEA Executive Director Maria van der Hoeven at the release of the report

In the best case scenario presented, called the African Century Case, the report predicts that general governance reforms in addition to the certain actions, could improve the sub-Saharan economy by 30 per cent in 2040. (African Century Case offers a brighter vision of how energy can contribute to inclusive economic growth in sub-Saharan Africa in absence of key constraints that hold back the development of the energy sector in the region) These measures include:

The report projects that power generating capacity will quadruple to 385 GW, half of which would be contributed by renewables in 2040. Only 10 per cent of the total hydropower potential has been utilised in the region. Van der Hoeven said, “large hydro and fossil fuel power plants will improve electricity coverage in urban areas while other clean energy sources will lead to electrification in rural areas.”

IEA Chief Economist Faith Birol said that IEA sees lots of potential for offshore wind, particularly in the Horn of Africa, as it has some of the highest quality wind resources in the world. “However, we don’t see so many projects coming forward for wind as we do in the solar sector,” he said. This requires an investment of $46 billion every year, including investment in transmission and distribution. “Economic and social development in sub-Saharan Africa hinges critically on fixing the energy sector,” said Birol. “The payoff can be huge; with each additional dollar invested in the power sector boosting the overall economy by $15.” 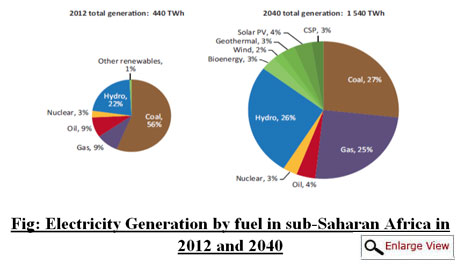 These actions can bring electricity to an additional 230 million people by 2040. However, the dependency on biomass would not change as much. There would be 650 million people still cooking with biomass in an inefficient and hazardous way in 2040, says the report.