High-level committee report was submitted to the Prime Minister’s Office in May 2014, and includes radical recommendations 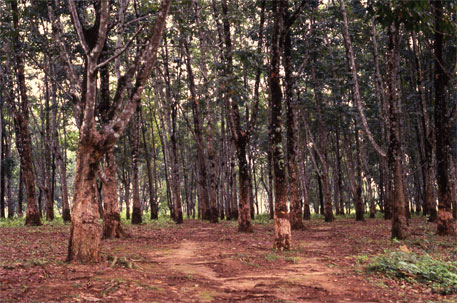 A report of the current status of tribal communities, submitted to the Prime Minister's Office in May 2014, has been kept under wraps with no action being taken on its findings. Submitted by a high-level committee headed by Virginius Xaxa, professor at Tata Institute of Social Sciences, the report, exclusively accessed by Down To Earth, focusses on the socio-economic, health and educational status of the country’s tribal communities.

The committee recognises the rights of tribals to refuse land acquisition, empowerment of the gram sabha and tribal advisory council, and the first right of the tribes in the Scheduled Areas to mine for minerals, and has made several radical recommendations.

It gives a detailed overview of issues within its mandate and makes several strong recommendations to the state for appropriate intervention strategies. One of these is the question of land acquisition and displacement of tribals. The members suggest that it is essential to provide the tribal communities with the right to say “no”. They must be allowed to access and manage surrounding forests and other Common Property Resources (CPRs). There must also be transparency and a sense of democracy in the process of acquisition. The report urges the state to be vigilant during acquisitions so that it gives the consent in a free and fair manner and actively involves the gram sabha in the process. It also mandates that every displaced person be given an adequate and comprehensive compensation for land and livelihoods lost.

The report emphasises on the fact that in the past 60-odd years, tribal communities have lagged behind the rest of the population, whether in terms of economic development, social security or political access. Despite the high rate of growth that India has shown in the past two decades, the fruits of this growth are yet to reach this section of our society.

It also suggests that the acquisition of land by the government for transferring it to private enterprises for public-private partnerships (PPPs) must be done away with as this counts as a violation of the Constitutional provision that prohibits or restricts transfer of tribal lands to non-tribals within Scheduled Areas. Tribal people should further be given the right to mine minerals within their Scheduled Areas.

The high-level committee report is centred thematically around the six issues of livelihoods and employment status, education, health, land alienation, displacement and enforced migration, legal and constitutional issues, and delivery of public goods and services. “While I cannot comment on why the government has not taken any action on this report so far or preempt them to do so, I do hope that the findings are made public and that the recommendations are implemented as soon as possible," says Abhay Bang, one of the committee members.

Its criticism against the state machinery and corporate interests becomes right at the beginning, where the members state that "tribal communities face disregard for their values and culture, breach of protective legislation, social deprivation, and aggressive resource alienation. Hence, the solution to these issues should enable the tribals to protect their own interests."

The committee suggests there should be provision of “land for land”, in acquisition of tribal lands. Compensatory land provided must be made cultivable with irrigation and agricultural inputs. Rehabilitation should be treated as a continuous process to be monitored by the Project Authority and State until the alternative livelihood becomes economically viable."