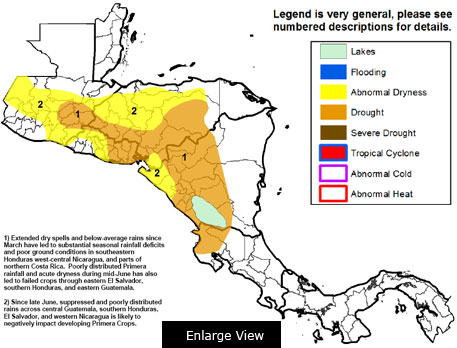 African countries need to mobilise their domestic resources to cut the dependence on foreign aid. This was observed by participants at the 9th African Development Forum, which started in Morocco on October 12. The theme for this year’s forum was “Innovative financing for Africa’s development”. A congregation of about 700 eminent persons, including heads of states and governments, regional economic communities, scientists, private sectors, academia, civil society organisations and UN partners, among others, gathered to discuss best practices, innovative policies and institutional and governance framework to develop innovative financing mechanisms in Africa. The participants also looked at illicit financial flows, private equity, domestic resource mobilisation and new forms of partnership.

According to the International Labour Organization (ILO), domestic resources are the largest source of sustainable financing for development in Africa. “From ILO’s perspective, we clearly see domestic resource mobilisation as an avenue for developing countries to access needed revenues to invest in infrastructure and social services,” Aeneas Chapinga Chuma, ILO assistant director-general and regional director for Africa, said at a roundtable discussion during the forum.

The observation about boosting domestic resources comes at a time when funds from the Official Development Assistance (ODA) continue to decline. ODA is financial aid contributed by the members of the Development Assistance Committee of the Organization for Economic Cooperation and Development for the economic upliftment of developing countries. ODA for 2014 is expected to be US $55.2 billion, says an ILO press release. It cites low savings, illicit financial flows, tax evasions, weak administrative systems and a vast informal economy as major obstacles to efficient domestic resource mobilisation.

In July this year, the UN World Food Programme announced a cut in food ration to African countries due to lack of funds. The agency currently faces a crunch of US $225 million. The drastic cut in food supplies affected an estimated 800,000 refugees in Central African Republic, South Sudan, Chad, Uganda, Mauritania, Mozambique, Ghana, Liberia and Burkina Faso. (Read: “UN to cut food supplies to African refugees”).

The impact of aid cut assumes significance in the light of the Global Hunger Index (GHI) Report 2014. It shows that progress has been made in reducing the absolute number of hungry people worldwide. However, there are still 16 countries where hunger is alarming or extremely alarming. Burundi and Eritrea, both in Africa, are classified as “extremely alarming”. Although India is no longer in the “alarming” category, its hunger status is still “serious”. It was placed 55 among 76 countries in GHI 2014. (Read: “Hunger levels in India still ‘serious’, shows global hunger index report”)

There is hope for transition

According to a recent survey by Devex, an organisation that provides consultancy to non-profits and funding agencies in over 100 countries, as developing countries make headway against poverty, it is likely that many will go from being aid recipients to aid donors. The change can already be seen in Asia. In 1990, nearly 1.5 billion people in the continent lived on less than US $1.25 per day. Today, less than 500 million people in the region are living below the poverty line, notes Michael Strauss, US alternate executive director at the Asian Development Bank. (Read: “Report on developing sector shows changes in global aid patterns”)

To make this change a reality for African countries, participants at the forum agreed that resource mobilization was one of the best ways to fully fund their development agenda and reduce foreign assistance. For this, Chuma suggested that domestic and regional stakeholders should work on a broad agenda to promote sound governance. He advocated the establishment of an African Infrastructure Fund, the development of an African Credit Guarantee Facility, the creation of an Africa-owned Private Equity Funds and the Promotion of Regional Stock Exchanges.

ADF is a flagship biennial event of the Economic Commission for Africa, and offers a multi-stakeholder platform for debating, discussing and initiating concrete strategies for Africa’s development. The forum is convened in collaboration with the African Union Commission, the African Development Bank and other key partners with a view to establishing an African-driven development agenda. The 9th session of the forum will conclude today.