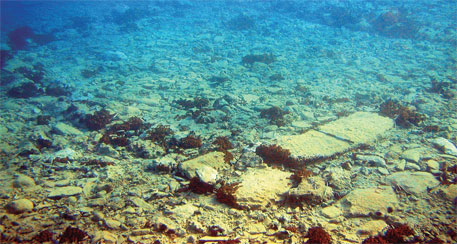 Well-built roads lined with two-story houses, gardens and clothes drying in streets. Pavlopetri epitomises the modern suburban way of life. But it is a Bronze Age port, submerged for millennia off the southeast coast of Greece.

In September, it became the first underwater city to be fully digitally mapped and recorded in three dimensions, and then brought back to life with computer graphics. The result shows the city, which had its heyday 4,000 years ago, has in common with port cities of today—Liverpool, London, New York, San Francisco, Tokyo or Shanghai.

Underwater archaeologists from University of Nottingham and the Greek Ministry of Culture used acoustic sonar and an advanced stereo-mapping robot from Sydney University to record the city stone by stone in photo-realistic 3D. Graphic designers of film industry joined the researchers and created an image of the city through computer graphics.