On hepatitis B vaccination 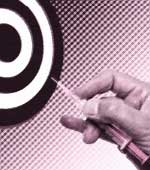 The Union ministry of health and family welfare needs to rethink its plan to introduce hepatitis b vaccination as part of the universal immunisation programme in the country. Does India really need it? For one, the vaccination protocol is faulty. Secondly, the real incidence of the disease is much lower than suggested. The decision to introduce the vaccine is based on the calculation that 250,000 people die each year of Hepatitis b infection. But local data available through the Indian Council of Medical Research's (icmr) National Cancer Registry Programme suggests this is a gross exaggeration: the number of deaths is about 5,000. In other words, a cost-benefit analysis does not justify the vaccine's introduction.

What is the source of the inflated calculation? A paper by Mark Miller and L McCann, Division of International Epidemiology and Population Studies, National Institutes of Health, usa published in a 2000 issue of the journal Health Economics. It uses worst-case scenario data from Taiwan and so makes projections for India.

A major loophole, pointed out a group of doctors from New Delhi-based St Stephen's Hospital, in response: Miller and McCann had set the figure for death due to liver cancer the virus caused at 20-28 per cent, instead of just 13 per cent as the data suggested. A gross overestimation, in turn exaggerating the need for the vaccine.

The group's response drew a reply from the paper's authors. They had used a model, based on assumptions derived from previously published studies on diverse populations. Lack of sufficient country-specific data, the authors said, was one of the problems in being exact.

Countered the St Stephen's group: there was sufficient data, at least for cancer. icmr had painstakingly collected it. Miller got back again. The calculation they'd made in the paper, he now defended, included diseases other than liver cancer!

Now even the model the paper had used has disappeared. The authors had initially said it was maintained by the us National Institutes of Health, then said it was part of a World h ealth Organization website: since then, this site has been dismantled!

Miller has recently abdicated himself of foisting a vaccine programme on India. "Although we published the aggregated results of these models as a guide for policy makers, we clearly stated that they should be further refined by in-country investigators in consultation with local policy makers," he says. Jacob Puliyel, part of the St Stephen's group, says the paper should be retracted so that it does not lead to flawed policies. Once the retraction comes, poor countries will know that they cannot rely on these figures.

Good point. But where was the icmr in all this? During the entire process -- from publication to planning to the decision taken -- why could this apex research organisation not intervene with the data it had?

And, could we not depend on outside experts for health programmes the country runs?