Concerns expressed against privatisation and treating water as an economic good have been taken into account while revising the draft national policy, says drafting committee member 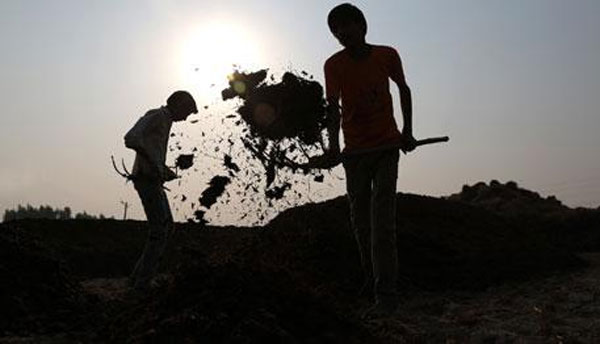 The ministry of water resources has made public the revised draft National Water Policy (NWP) that will determine water allocation for different purposes in future. The revised draft, uploaded on the ministry website earlier this week, was prepared after taking into account numerous newspaper reports and more than 600 comments received before February-end, in response to the initial draft. The earlier draft had been severely criticised by civil society groups for giving priority to industrial needs over agriculture. The revised draft was approved last month by the National Water Board, headed by the secretary for water resources.

“The main opposition (to draft policy) was to privatization and commercialisation of water services. These paragraphs have been amended, while the rest remain more or less the same,” says M K Sinha, senior joint commissioner in the ministry. Last week, the broad features of the revised draft were outlined by Union water resources minister Pawan Kumar Bansal at a meeting of a Parliament consultative committee. It will next be reviewed and finalised by the National Water Resources Council, chaired by the prime minister. This is expected in mid-October, says Sinha.

One of the chief aims of the NWP is to identify the users of water and determine the allocation of water to them. The 2002 NWP, like the first water policy in 1987, states allocation priorities: water for drinking purposes is to be given top priority followed by agriculture, hydropower, ecology, industry and navigation. In the draft NWP, 2012 these priorities were explicitly done away with, and the document underlined the need to treat water as an economic good.  Civil society groups were critical of the draft policy.

“While many people did not seem to have read through the document in entirety, the concerns expressed against privatisation and treating water as an economic good have been taken into account while revising the draft national policy” says Subhash Chander, former professor with IIT-Delhi and member of the drafting committee. The NWP draft had mentioned that water, over and above the preemptive need for safe drinking water and sanitation, should be treated as an economic good so as to promote its conservation and efficient use. Due to much opposition, the drafting committee agreed to revise this paragraph. In its latest form it states: “Water, after meeting the preemptive needs for safe drinking water, sanitation and high priority allocation for other domestic needs (including needs of animals), achieving food security, supporting sustenance agriculture and minimum ecosystem needs, may be treated as economic good so as to promote its conservation and efficient use.”

Much ado about nothing?

The NWP has also been seen as supportive of inter-basin transfer of water, keeping in mind the stalled interlinking project to create 30 links transferring water from surplus to deficient river basins. Although a hugely controversial subject, the drafting committee came out in full support of the project, stating that “such transfers need to be encouraged”. The revised draft has been watered down and states that “inter-basin transfers of water should be considered on the basis of merits of each case after evaluating the environmental, economic and social impacts of such transfers”.

“It makes not the slightest difference what is written in NWP,” says Chetan Pandit, former member (policy and planning) with the Central Water Commission, a technical wing of the water resources ministry. As per clause 3.3 of the 2002 policy, water resources development and management will have to be planned for a hydrological unit such as drainage basin as a whole or for a sub-basin, multi-sectorally, taking into account surface and ground water. “This has not translated into even one example of planning for a basin or even one instance of planning for surface and groundwater together,” says Pandit.

He goes on to say: “Clause 5 categorically stated that in the priority for uses of water, ecology comes after hydro-power. Whether this is good or bad is a separate issue. But that clause did not help the government to save Loharinag Pala hydro project, which was killed because G D Agarwal wanted uninterrupted flow in the river”. Many other hydropower projects are getting stalled though water for hydro projects is third (after drinking water and agriculture) in the allocation priority list of NWP, 2002. The question remains then what role does such a policy play when water is a state subject, and given that only 11 states drafted their own policy in the past decade.

The revised policy document concludes with two short points for implementation. One, that the National Water Board should prepare and monitor a plan of action to be approved by the National Water Resources Council. Second, that state water policies should be revised keeping the new policy in mind. The current debate on how best to manage India's water resources is polarised on key issues, such as inter-basin transfers, water privatisation and whether water should be treated as an economic good. Therefore, the draft calls for a national consensus that will ultimately determine the success of implementing the policy.