India looks to open agriculture to US corporates 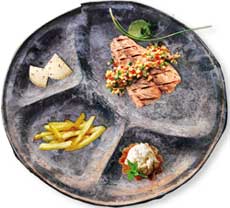 it seems times have changed. Information technology is out and agriculture is in. The thrust on agriculture is now enshrined in the draft of the Indo- us Knowledge initiative on Agricultural Research & Education, which is the agenda for us President George Bush when he comes to India in March 2006. Prime minister Manmohan Singh said in July 2005 during his us visit, "We owe our green revolution to America. Now we can herald a second green revolution with the American assistance."

This statement cleared the decks for big time us entry into Indian agriculture. Though agriculture has been prioritised, supposedly for public good, not a single bit of information has been made public. Neither scientists nor farmers have any clue about the initiative. The authorities make it clear that nothing is being disclosed because of the impact on the budget session. Down To Earth has managed to unearth the following disquieting facts.

The so-called knowledge initiative has the world's largest retailer Walmart and second largest seed corporation Monsanto on the board from the us side. While the Indian business community is represented by Venkateshwara Hatcheries. The board is co-chaired by Mangla Rai, Director General of Indian Council of Agricultural Research (icar) and Ellen Terpstra, administrator, Foreign Agricultural Services, United States Department of Agriculture.

On February 14, 2005, the board of 14 members (seven from each side) prepared a draft focusing on four areas --education, food processing, biotechnology and water management. The Indian scientific community criticises the presence of the corporate sector and areas chosen. Eminent geneticist Suman Sahai says, "The areas chosen are best suited to American needs only. India needs more of low-end technologies at this stage for its subsistence level farmers. The high-end technology will only solve the business purpose of the multinationals on the board." Ranjana Smetacek, director, corporate affairs, Monsanto India says, " We will continue our work of providing improved technologies for betterment of Indian farmers." Monsanto brought Bt technology for pest resistance in cotton to India.

Food and trade analyst Devinder Sharma says, "India has become a dumping yard for redundant technologies of all kinds. Besides American technology in agriculture is high-input based, as the farmer population there is mere 7 lakh. But for 70-crore Indian farmers such costly inputs can only bring more suicides." A recent research by entomologist K R Kranthi of the Central Institute for Cotton Research (cicr) revealed how Bt technology is 10 times less effective against the Indian pest than its American counterpart. Seeds with such a technology are sold at five times the price of normal seeds resulting in heavy debts for farmers.

Suman Sahai says, "Earlier a private company like Monsanto only had the status of a business entity now they can ask the director-general of icar to get our vast genetic wealth from any of its more than 200 research establishments. The private companies can develop gene patents and sell them at a much higher price." This concern can't be denied as Madelyn E Spirnak, senior advisor biotechnology, usda clarifies, "The us goal is to make sure that the Indian biotechnology markets remain open." The us goals could make the farmer-friendly Protection of Plant Varieties & Farmers' Rights (ppvfr) Act redundant.

"The Indian agricultural research system is the largest in the world. It has successfully produced more than 3,500 varieties of crops. We are world's largest milk producer and rank second in foodgrain, fruit & vegetable production. This proves that American help is not needed at all," says a scientist from icar on condition of anonymity.

"If India thinks we can learn from American agriculture, it mustn't forget their success is sustained on a subsidy of $ 100-billion per year, which is one seventh of India's gdp ," says Sharma.

The presence of Walmart is also questioned. "The company has the worst record in agriculture retailing as it crashes prices to rock-bottom levels forcing farmers either to sell them at lower prices or perish," says Aroonim Barua, a Delhi-based retail consultant.

An official in the Union ministry of agriculture says the Indo- us initiative will cost India over 1000 crores with the us not spending a single penny.