In April 2013, the Inter-ministerial Group (IMG) headed by Planning Commission member B K Chaturvedi submitted its report to the prime minister’s office. The report provides for ecological flow of 25 per cent for eight months and 30 per cent for four months. This proposal is a definite advancement over the current situation, where less than 10 per cent is provided as ecological flow in the design of hydropower projects, but it is not sufficient to ensure that the Ganga has adequate water to meet ecosystem and livelihood needs.

The IMG proposal is also inadequate to ensure that the river does indeed flow at all times and in all stretches. Analysis of the 24 projects for which hydrological data is available shows that the lean season flow is less than 10 per cent of the highest monsoon flow. In other words, leaving less than 50 per cent in these dry season months would mean virtually drying up the river.

An alternative option, proposed by CSE, is feasible, which importantly does not have substantial impact on energy generation and tariffs. This is to provide 50 per cent flow for six months (November to April) and 30 per cent for the remaining six months (May to October).

The difference in energy generation between what is proposed by the B K Chaturvedi report and the alternative is a reduction of as little as 6 per cent on an average across the projects. This will mean that tariff will increase by roughly 7 per cent on an average. This is clearly a small price to pay for a flowing Ganga in all seasons.

The reason why the impact on generation and tariff is insignificant is because hydropower projects do not generate much power during lean seasons. Of the annual energy generated by these projects, only 20 per cent is produced during the six-month lean water season. As much as 80 per cent is generated in the six months of high water discharge (May to October).

The future power generation regime would produce when there is water and optimise for this. In this way, we can balance our needs for energy with the requirements of a flowing, healthy Ganga. 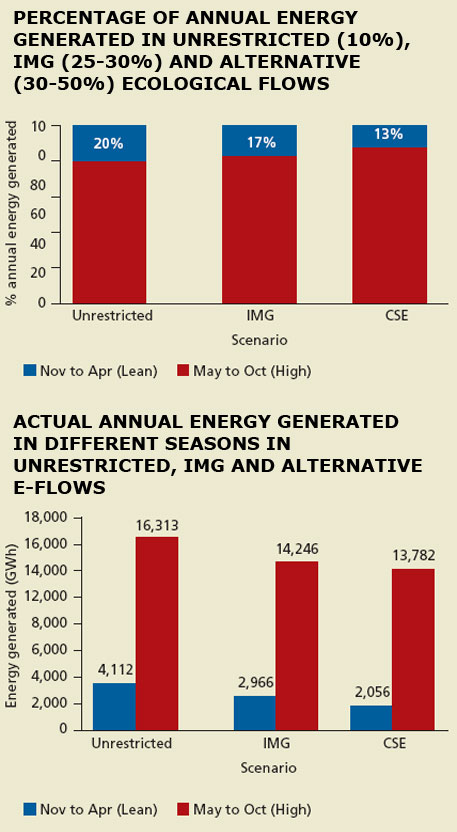 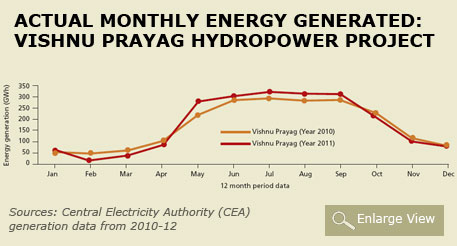