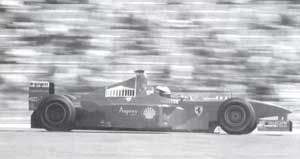 LOST? Not sure where you are? A new and improved version of the Global Positioning System (GPS) can tell you to within a centimetre.

The system, in use for several years now, is being adapted to track fast-moving objects and could even lead to television viewers in different countries seeing different advertisements on the same Formula One racing car.

The GPS has proved to be a boon for people on the move. It consists of a group of specially-equipped satellites continuously orbiting the Earth. When, say, a mountaineer wants his location, he uses a small, hand-held GPS unit to send out signals to these satellites, which, upon receiving the signals, send them back. The GPS receiver then calculates the time signals from these satellites take to reach it and converts this into its distance from each satellite. Since the position of each satellites is known, the receiver can pinpoint its own location with surprising precision.

However, the timing information on which these calculations depend is coded as modulations of the basic carrier wave broadcast by each satellite, and to prevent potential enemies from taking advantage of the GPS, the US department of defence introduces errors into this signal. While military GPS receivers give bearings accurate to within 20 metres, civilian receivers have an accuracy of only 100 metres.

But enterprising researchers have realised that it is possible to bypass these deliberate 'errors' and obtain bearings even more accurate by ignoring the timing signals and instead studying the phase of the carrier waves themselves (New Scientist, Vol 159, No 215 1).

Paul Cross of University College London found out that by measuring differences in the phase of waves from each satellite with two or more receivers, it is possible to determine their relative positions with pinpoint accuracy. The trick, he says, is software that models how varying atmospheric conditions affect their carrier waves.

Cross's team has achieved an accuracy of one centimetre with receiver placed some 1,000 kin apart. This is good enough for GPS to replace the laser-based systems used to map out construction sites for buildings and roads. GPS receivers could monitor the precise locations of the shovels used by earth-moving equipment. Using phase differential GPS to track fast-moving receivers poses particular problems, says Cross, because nearby objects can reflect the signals, creating 'ghost' signals similar to the double images seen when television signals bounce off tall buildings. Cross, however, is working on algorithms that cancel out these ghosts. He already has an ambitious application in mind: if a GPS receiver were placed in a Formula One car, it could be used to track the car with a camera so that the position of the advertisements on the sides is known precisely. Then, using advanced digital image processing, these could be altered for different audiences. So while in Japan people will see a whisky ad, those in the US will see something else.