Rise and fall of a pathogen

How did tuberculosis cease to be a deadly killer in the West? 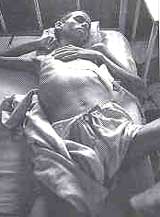 AMONG infectious diseases, tuberculosis (TB) stands out as the principal exterminator of humans, with an estimated 8 million new cases and 2.9 million deaths occuring worldwide annually. The situation is particularly alarming in developing countries, where 7 per cent of all deaths, and 19 per cent of deaths of adults between the ages of 19 and 59 are due to TB.

However, the history Of TB in the developed world is interesting. It was a major killer 100-200 years ago, but the number of fatalities fell thereafter.By the time antibiotics first came on the scene, they were no longer needed.

How did this happen? Among many proferred explanations, one is that improvements in hygiene standadards reduced the frequency of transmision of communicable diseases. Also improved standards of living raised the natural levels of resistance. Then there is the possibility that if TB is transmitted only by live individuals, an infection that caused rapid death would not spread far. Finally, an evolutionary increase in the ability of humans to resist infection has been postulated.

A completely new theory for the past decline in incidence of infectious TB has now been advanced by S M Blower of the University of California (San Francisco) and her colleagues. This theory is based on the analysis of a mathematical model that attempts to mimic the rise and spread of a TB epidemic (Nature Medicine, 1, (8): 815-821).

Two approaches have been explored. The simpler one considers three groups of individuals: those susceptible to infection; those latently infected (infected but not yet themselves infectious); and active infectious cases. A detailed model incorporates additional refinements: only a certain fraction of cases are assumed to be infectious, an infection may be spontaneously cured and a recovered individual may relapse and re-develop TB. The outcome is expressed in terms of a quantity, Ro, that is called the basic reproductive number for Mycobacterium tuberculosis, the causative agent.

Ro represents the -average number of secondary infectious cases produced when a single infectious person is introduced into a susceptible population. When Ro is less than 11, the infection is unable to sustain itself; when Ro exceeds 1, an epidemic results. The question is, under what circumstances is either of these outcomes realised?

Firstly, a minimum population size is needed for the transmission to spread. Secondly, it is relevant to examine what the consequences are whe ;n Ro is greater than 1. Based on an analysis of major TB epidemics, the researchers estimated that Ro's range of probable values could be anything between 0.74 and 18.58. The median value was 4.47.

This means that Ro was estimated to be less than 4.47 in half the number of recorded epidemics and greater than 4.47 in the other half Interestingly, even when Ro exceeds 1, aAd an epidemic results, the following prediction can follow: when conditions remain constant, the epidemic undergoes an 'aging' process; it flares up first and then declines until it attains a stable endemic level. On an average, an epidemic can be expected spontaneously to die down - though not die out - in about 100 years. Therefore, the authors conclude, "...part of the observed dramatic decline Of TB in developed countries may simply reflect the natural behaviour of an epidemic ......".