Such a move could put sea creatures at extreme peril 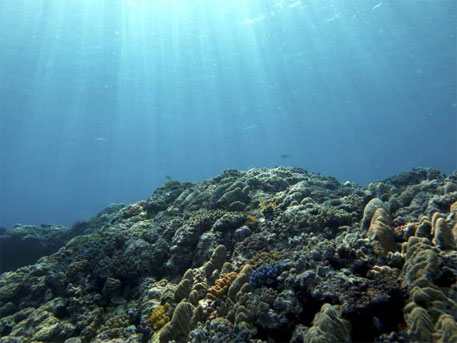 Rising sea temperatures caused by global climate change could drive many marine creatures away from the Equator, but their move toward the poles promises to put them in peril in habitats that are smaller and less hospitable.

That is according to two studies published on Thursday in the journal Science.

University of Washington oceanographer Curtis Deutsch told Reuters news agency that warmer ocean temperatures increase both the metabolic rates of ocean creatures and their demand for oxygen, but warm water contains less oxygen than cold, necessitating a move toward the poles to find cooler seas.

One of the two studies estimated that four different species, the Atlantic rock crab (crustacean), Atlantic cod (fish), sharp snout seabream (fish) and the common eelpout (fish) could be displaced from as much as a quarter of their current ranges by 2100 as they shifted toward higher latitudes.

The second study focused on the world's largest group of reef corals, called staghorn corals, that dominate most reefs of the Indo-Pacific region and also reside in the Caribbean but are highly susceptible to a phenomenon called coral bleaching.

In high ocean temperatures, corals expel algae living in their tissues, making the creatures turn white. This can kill them or make them more susceptible to other hazards.

The corals may have a hard time in cooler-water environments further from the equator, the study found. Because corals are dependent on sunlight, which does not penetrate the surface as well in higher latitudes especially during winter, they would be restricted to habitats in shallower waters if they migrate toward cooler waters.

Marine biologist Paul Muir of the Museum of Tropical Queensland in Australia told Reuters that these corals were "facing a double jeopardy: bleaching at low latitudes with limited refuge available at higher latitudes."

Future vulnerability of marine biodiversity compared with contemporary and past changes

The impact of temperature on marine phytoplankton resource allocation and metabolism