The arrival of monsoons bring a sparkle to the eyes of 107-year-old Jaganath Singh. The dark clouds in the sky give him hope that his search of the past seven years may be rewarded. He walks over 15 km from his village after the first rainfall to see if the dark clouds can guide him to the treasure he has been hunting for.

The treasure is stored on the banks of a river and seasonal rivulets in the deep forests marked by uneven terrain. The desire to find this treasured plant one last time before his death is so high that his age is no hindrance.

He does not know the name of the plant but recognises it by its characteristics. Tiny leaves with curved edges are one of the features of the plant which appears in the rainy season and Singh is confident of recognising it. It’s the strongest antidote for venom—be it that of snakes, scorpion or poisonous spiders.

Singh makes these claims on the basis of his practice as a healer; he has been treating animals with herbs and wild plants for over 80 years. He was treating animals bitten by cobra and scorpions with this plant till about a decade ago. But suddenly the plant vanished. This has left him very distressed. His argument is that plants don’t vanish just like that unless they are put in extremely stressed conditions. “This plant is like nectar of the goddess for these animals. It’s the best remedy for venoms I have known, and it was also used during ancient times,” he says.


Singh goes on to reveal his knowledge of treating animals with plants and herbs. “These jadi-butis (roots and leaves of herbs and wild plants) are countless. For example, dayar is a jadi-buti which is the best and sure shot treatment for fractures. Similarly, there are others like akol, hingona, bilatar and datoni, some of the most important jadi butis.” They are used in different ways. Some are dried, some have to be soaked in water for a few days or overnight before being administered, some have to be given green and sometimes you have to blend different plants. 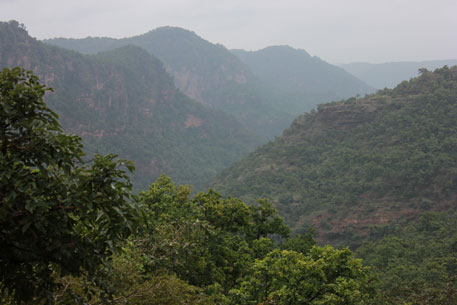 Situated 90 km from the Madhya Pradesh's capital, Bhopal, Rohana village used to be adjacent to a forest till three decades ago. But slowly the forest was converted to agricultural land and the trees and dense growth receded till it was some 15 km away from the village. The distance also increased Singh's work. He says the village residents may have converted forestland for their livelihood, but they are also having to bear its consequences in the form of floods that visit the village every alternate monsoon and destroy farms.

No heir to his legacy

Singh got this knowledge of treating animals with herbs and plants from his ancestors; village residents say that he can diagnose a disease just by feeling the pulse. Om Prakash Sharma, a resident of the village says: “I have seen him treating animals since my childhood. His is so knowledgeable that no one in Rohana or the nearby villages tries to even challenge him. Even today, when veterinary doctors sometimes refuse to treat animals, saying their condition is critical, Singh comes to our rescue.”

When asked if he plans to teach his only son his art of healing, Singh's reply is an emphatic “no”. “You don’t impart this knowledge to people who do not value it. Besides, in the past 10 years this new breed of people called veterinary doctors have arrived, claiming to be experts. I just treat animals of those people who approach me and repose trust in me,” says Singh.

“Every plant is important, but since the past few decades, a new concept of weeds (unwanted plants) has emerged which is making people lose these treasured plants. Everything growing on this land has value, says our ancient Hindu scriptures, but with advancement of technology we are forgetting this concept and will later have to pay a heavy price for it,” says this healer of maladies.