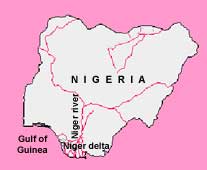 For more than three decades, Nigeria's vast south-east coastal swamps have suffered ecological devastation. Countless oil spills due to oil exploration activities of multinational corporations have destroyed the biodiversity of the Niger delta, in particular. Farmlands drenched frequently in crude oil have lost their fertility, ruining the livelihoods of millions of farmers ( Down To Earth , Vol 4, No 14). Scores of exotic fishes and birds have become extinct.

While the swamps remain threatened, the floodplains of the north have also borne the brunt of the government's 'development' activities. The largest of these, The Hadejia-Nguru floodplains, are renowned for their rich ecosystem. These wetlands are on the brink of extinction due to the construction of dams and irrigation schemes. The Tiga and Challawa dams on the Hadejia river -- from which the wetlands receive water -- have been the most destructive. The desertification of the region has severely affected farming.

After decades of apathy and indifference it seems as though the government is slowly beginning to wake up to the need to conserve the remaining wetlands. A multi-million dollar contract for the construction of yet another dam in the area was recently cancelled. It took a long and spirited resistance on the part of the conservationists to defeat the project. In a move that is certain to gladden the hearts of conservationists, the Natural Resources Conservation Council, a government agency, recently concluded a comprehensive survey to identify sites for protection.