ODF Plus: Step up or lose 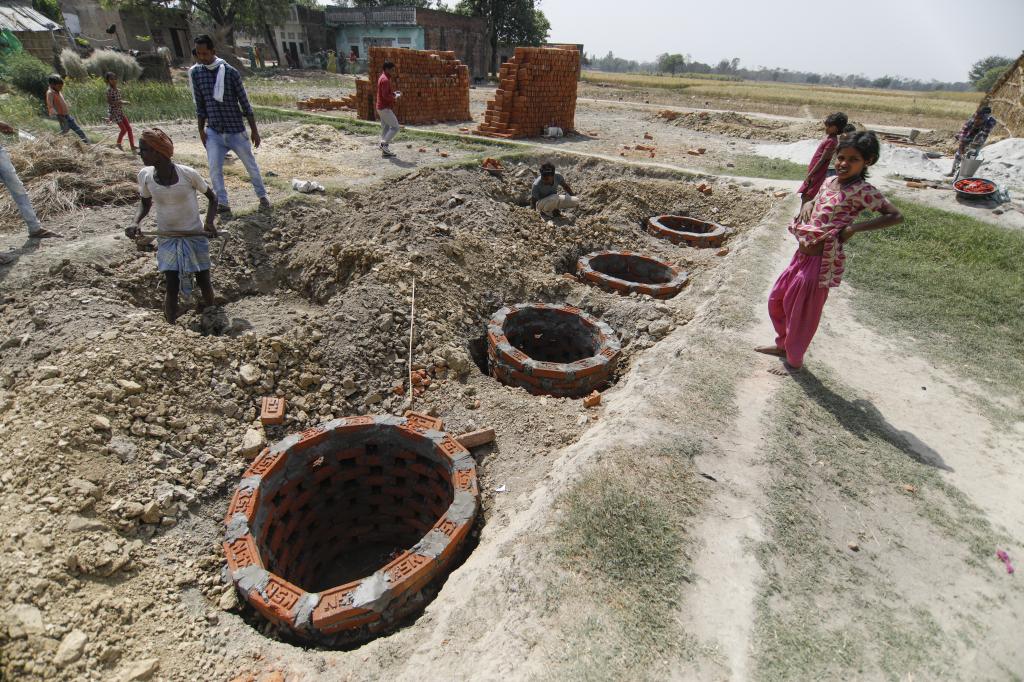 It was a generational leap forward for India in October 2019 when it declared itself open-defecation free (ODF). But sustaining the success is harder than achieving it. So, before the euphoria even settled, the Union government declared the second phase of the Swachh Bharat Mission (SBM) — ODF Plus.

This campaign is all about flushing villages with adequate budget to take up solid and liquid waste management, a gigantic task given that 100 million toilets have been constructed over the last five years. Without proper waste management, the ODF status would mean nothing in terms of containing contamination. There is also the threat of people slipping into their old habit of open defecation.

ODF Plus is ambitious. The government claims that a majority of toilets in rural India are “twin pit leach pit” type, built by arranging bricks in a honeycomb pattern. They are self-contained treatment plants and do not require any additional black water or faecal sludge management.

However, by the government’s own admission in its report: “From ODF to ODF Plus Rural Sanitation Strategy 2019-2029”, the country still has thousands of toilets with single-pits or septic tanks that require desludging from time to time. These were either built during SBM-Gramin or under previous sanitation programmes.

“To ensure sustainability in future, they may be retrofitted as appropriate,” says the report. Under this, all single-pit toilets have to be upgraded to twin-pit and soak pits have to be constructed for septic tanks.

For all these, the government has set up a development fund for each gram panchayat, which ranges from Rs 7-20 lakh depending on the number of households. In addition, up to Rs 5 lakh per gram panchayat is available under the Mahatma Gandhi National Rural Employment Guarantee Act for solid and liquid waste management.

Funds are also available under the 14th Finance Commission Grants which can be used for ODF Plus activities, such as construction of concrete soak pits for grey water management and compost pits and vermi-compost pits for solid waste management.

Now sum up these budgetary support for ODF Plus. A rough calculation shows that a minimum of Rs 17,856 crore should have been with the bank accounts of the country’s 255,098 gram panchayats to carry out works under ODF Plus. However, this does not seem to be the case on the ground.

In fact, thousands of gram panchayats that were declared ODF much before the country attained this feat last October are now struggling to implement works under ODF Plus. These are the villages that hold the key to the success of the next ambitious but critical phase of sanitation campaign.

Take for instance, the village of Pooth in Uttar Pradesh’s Hapur district. Sanitation is under special focus here as the village is on the banks of the Ganga. Soon after bagging ODF status in 2017, community leaders have been motivating people to continue using toilets, maintain hygiene, keep the streets litter-free and segregate waste before disposal.

Neatly paved drains dug alongside roads now crisscross the village carrying grey water from households to strategically located soak pits. A community toilet and a kuda ghar (waste management centre) along with two compost pits are under construction. “Being a model village under the Union government’s Ganga Gram programme (under the National Mission for Clean Ganga), our sanitation-related activities are always under scanner,” says village panchayat head Deen Mohammad.

“We also wanted to retrofit the ones with single-pits or faulty design and mentioned it in the initial detailed project report (DPR) for ODF Plus works,” says Apar Gehlot, district consultant, SBM-G. In Pooth, only 100 of the 400-odd households have twin-pit toilets. “But we were asked to remove the retrofitting component from the DPR.”

The consequences deride all goals of SBM. In the first week of March, Mukesh Kewad, the swachhagrahi (foot soldier of SBM) at Pooth, informed Down To Earth that some 20 households are defecating in the open as their pits and septic tanks are full. A few days later, Mohammad called in a honeysucker for desludging the pits and tanks and claimed to have disposed of the faecal sludge in a pit dug on his farmland. His farmland is barely metres away from the Ganga.

The practice is rampant in neighbouring Alamnagar village, located not far from the Ganga in Hapur. Here, every other electric pole has a mobile number written on it, asking people to contact for “latrine safai”. Panchayat officials say only a handful of the 1,400 households in the village have septic tanks connected to soak pits for wastewater management.

“Though the remaining have faulty design, the state does not have a provision under ODF Plus for on-site or off-site management of faecal sludge,” says Gehlot, adding that a space should be dedicated at the gram panchayat level where faecal sludge could be stored and then converted into manure.

Sanjay Chauhan, Uttar Pradesh state coordinator of SBM-G, informs that so far, the government has released Rs 33 crore for implementing ODF Plus works, primarily in the 1,058 gram panchayats near the Ganga. However, there is no provision of funding retrofitting of household latrines.

This decision has been taken at the state government level because all toilets built under sanitation campaigns before SBM have single-pits and need to be converted to twin-pit toilets. For instance, 4-5 million single-pit toilets have been built under the Total Sanitation Campaign (1999-2012) alone.

In western Uttar Pradesh, many people have set up septic tanks under SBM. They also need to be retrofitted with soak pits. “Instead, we plan to make people aware about the right technology and encourage them to do it on their own,” he adds.

Just like in Alamnagar, one can easily spot in Rajasthan’s Hanumangarh and Sri Ganganagar districts advertisements that say kuin khudwayen and provide contact numbers of people adept at digging dhamaka kuin (literally, a well that makes resounding noise).

This is typically a borehole latrine with a 7-12-metre (m) deep pit and has been named so because of the noise produced when the faecal matter and water hit the bottom of the borehole.

Experts say these are highly insanitary toilets. A pit latrine, as deep as 7-12 m can contaminate soil and groundwater even in desert areas. They not only emit foul odour, the drop holes and toilet seat remain covered with flies, posing risk of microbial spread.

The government has been trying to persuade people to switch to safer toilet designs. Since 2015, Sri Ganganagar administration has put a ban on dhamaka kuin. In Hanumangarh, the district administration is motivating people by providing them with latrine pans and water seal traps to keep the squatting area free of microbes.

“We have also installed twin-pit toilets in several houses that have dhamaka kuin. But it’s difficult to persuade people to change their habit. Women here particularly prefer dhamaka kuin so that they can dispose sanitary pads and other garbage in the bore hole,” says Sunita Rathod, district coordinator of SBM-G at Hanumangarh.

Funds crunch has also started haunting the ODF Plus campaign. Officials working on the ground cite this as the reason people are not willing to embrace twin-pit toilets. Unlike Uttar Pradesh, Rajasthan allows retrofitting of individual toilets under ODF Plus, but it is applicable only for those built during SBM.

Most people who installed dhamaka kuin much before SBM began would not be compensated for modifying their structures. And people are not easily convinced to spend their own money. At present, the officials have identified 7,422 houses under retrofitting in Hanumangarh and have allocated Rs 4,500 to each household.

The situation is no different in Himachal Pradesh’s Mandi district, which was among the first to be declared ODF soon after SBM was launched. In 2016, it was adjudged “India’s cleanest hill district” in a country-wide cleanliness survey by the Union government.

But this success now poses a threat to the district’s clean image. Most toilets here have been built during previous sanitation programmes and have single-pits. There are households which have been using such toilets for over 20 years now. It’s just a matter of time before their pits become full and start leaking.

“We have constructed a model toilet with twin-pit technology at each block development office so that people understand the design and its functional advantages over single-pit toilet,” says Mahesh Singh, project officer, District Rural Development Agency, Mandi, who is responsible for implementing ODF Plus in the district. “However, we are not able to take up retrofitting exercise due to limited access to funding.”

“In 2017, the district was allocated Rs 1,648 crore for undertaking solid and liquid waste management projects under ODF Plus. The amount included the share of award money Himachal Pradesh received for being the second ODF state. But so far, the district administration has released only Rs 27 crore for the 50 gram panchayats,” adds Singh.

“Without incentive, we can only motivate people to switch to twin-pit toilets. We do not have even enough funds for solid and liquid waste management,” he adds. Using ODF Plus funds, SBM officials in 2017 set up centralised composting facilities in parts of the district. “It has helped keep the district clean. But we do not have funds for setting up more such facilities,” says Singh.

Officials with the Union government insist that these are just teething problems and will be addressed once SBM Phase II kicks in from April 1 this year. “Earlier, we were not sure how to fund ODF Plus,” says a highly placed official with the Ministry of Jal Shakti. But now the government has allocated Rs 1.4 lakh crore for five years.

SBM Phase II will help rural India effectively handle the challenge of solid and liquid waste management. Gram panchayats will have to mandatorily spend 50 per cent of the money they receive under the 15th Finance Commission on water and sanitation activities, he adds. The government also plans to monitor the progress of ODF on a real-time basis.

“For this, we are preparing a dashboard on the basis of data provided by officials and gram panchayats. It will be in the same pattern as SBM and will be launched in April,” says the official. The government is also conducting training programmes, with the help of Unicef and other agencies, for those implementing ODF Plus. Almost 6 million toilets are being constructed since January for those left out during the first phase of SBM.

But there are few plans, proposals and schemes for toilets that require retrofitting. According to the official, only 40-45 per cent of toilets in the country have twin-pits.

“If there are some old dilapidated toilets and people are not in a position to fund retrofitting, it’s the call of state government if they want to fund it. But ideally, if the government has given incentives to build toilets, people should bear all its future expenses. It should not be a perpetual demand.”

Chauhan believes that SBM has managed to change people’s behaviour towards toilets, but not towards the appropriate toilet technology. That should be the focus under ODF Plus.