Russia submits climate plan; commits to reducing emissions by 25-30% by 2030

Thirty-two developed nations have submitted their INDCs so far 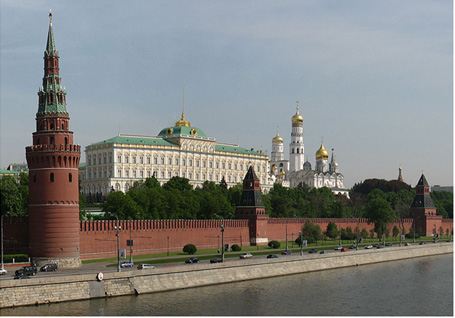 The Russian Federation has submitted its Intended Nationally Determined Contributions (INDCs). It has committed to cutting anthropogenic (human activity-led) greenhouse gas emissions by 25-30 per cent by 2030 over 1990 levels. This makes it the 32nd developed nation to submit its climate action plan. These countries represent nearly 80 per cent of total emissions from industrialised nations.

The INDCs are countries’ contributions in the run up to the new climate deal to be negotiated in Paris later this year.

"Russia's timely and welcome submission has added an additional and important momentum to this global effort. Industrialised countries are expected to lead the world in reducing greenhouse gases. I encourage the remaining industrialised nations to come forward with their submissions as soon as they can," said Christiana Figueres, executive secretary of the UNFCCC (United Nations Framework Convention on Climate Change).

The scope of Russia’s INDCs will include emissions from energy, industrial processes and product use, agriculture, land use, land-use change, forestry and waste. Russia’s plan states that legally-binding instruments aimed at limiting greenhouse gas emissions to 75 per cent of 1990 levels by 2020 are already in force and that the country will adopt legislative and regulatory measures to achieve the 2030 target.

In all, 35 countries have formally submitted INDCs, including Mexico as the first developing country and Gabon as the first African country to give their climate plans.

The UNFCCC will prepare a synthesis report on the aggregate effect of the INDCs received, by November 1, 2015.